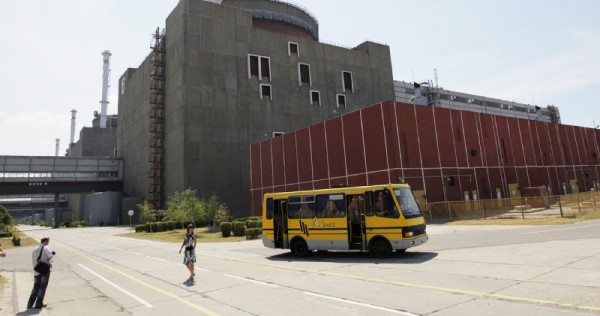 BORODYANKA/LVIV, Ukraine – A fire broke out in a training building outside the largest nuclear power plant in Europe during intense fighting between Russian and Ukrainian forces, Ukraine’s state emergency service said on Friday (March 4).

A spokesperson for the Zaporizhzhia nuclear power plant told RIA that background levels of radiation had not changed. Radiation security had been secured, the plant’s director told Ukraine 24 TV.

A video feed from the plant southeast of the capital Kyiv appeared to show smoke and flames coming from an unidentified building.

Reuters could not immediately verify the information, including the potential seriousness of any fire.

There has been fierce fighting in the area about 550 km (342 miles) southeast of Kyiv, the mayor of the nearby town of Energodar said in an online post. He said there had been casualties, without giving details.

Early reports of the incident at the power plant sent financial markets in Asia spiralling, with stocks tumbling and oil prices surging further.

Russia has already captured the defunct Chernobyl plant, some 100 km north of Kyiv, which spewed radioactive waste over much of Europe when it melted down in the world’s worst nuclear disaster in 1986. Some analysts noted the Zaporizhzhia plant is of a different and safer type to Chernobyl.

Zaporizhzhia provides more than a fifth of total electricity generated in Ukraine.

The International Atomic Energy Agency said in a tweet that it was “aware of reports of shelling” at the power plant and was in contact with Ukrainian authorities about situation.

As the biggest attack on a European state since World War Two enters its ninth day, thousands are thought to have died or been wounded, 1 million refugees have fled Ukraine and Russia’s economy has been rocked by international sanctions.

The United States and Britain announced sanctions on more Russian oligarchs on Thursday, following on from EU measures, as they ratcheted up the pressure on the Kremlin.

Sanctions have “had a profound impact already,” US President Joe Biden said.

Russia calls its actions in Ukraine a “special operation” that is not designed to occupy territory but to topple the democratically elected government, destroy its neighbour’s military capabilities and capture what it regards as dangerous nationalists. It denies targeting civilians.