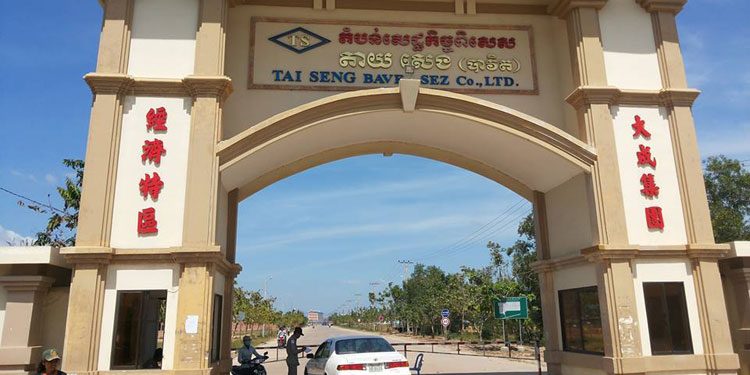 Cambodia exports via Svay Rieng province-based special economic zones (SEZs) alone reached more than $124.87 million in August, an increase of more than $57 million in July, according to figures from the Ministry of Commerce.

Most products exported were garment, footwear, bicycles and spare parts and most were sent to the US and EU markets.

The figure shows that the combined export value in four SEZs in the province reached about $680 million during the first eight months.

As one of the Kingdom’s border provinces, Svay Rieng is one of the country’s main economic corridors with a new border gate for goods transportation expected to open soon to facilitate the trade and tourism sector while the study on the Phnom Penh-Bavet Expressway project is on track after China Railway International Group Co Ltd has submitted the results of a technical study to the government.

The ministry is waiting for the results of the financial study report from the company in mid-October to take as a basis for its decision.

Ky Sereyvath, director of the China Study Center of the Royal Academy of Cambodia, said that the province provides potential for trade with Vietnam and other international markets and will become a more attractive place for manufacturing.

“We have Bavet international border gate as the tourism gateway, where finance flows from Vietnam into Cambodia through the gate,” he said.

According to the figures from the MWPT, Bavet international border gate traditionally had between 250 and 300 containers crossing a day but, with COVID-19, only 70 containers go through a day.

Serevath said that by having another border gate, Prey Vor will boost goods transportation from and to Cambodia and Vietnam and international markets.

“So all manufacturing products in the province such as garments, footwear, bicycles and spare parts are sent to international markets via Vietnam deep-sea port and is an opportunity for people in the province because it creates more jobs,” he said.

Cambodian exports to the international markets have been affected by COVID-19.

Figures from Japan External Trade Organisation (JETRO) stated that from January to July, Cambodia’s shipments to Japan were valued at $914 million, sliding down 3 percent. However, exports to the US during the period keep increasing.

Bilateral trade between Cambodia and the US rose by 17 percent in the first seven months of this year to $3,570 million, according to the US Statistics Bureau.

From January to July, it pointed out, Cambodia’s shipment to the world’s largest economy reached $3,400 million, up 24 percent.

Serevath said the reason exports to some international markets have declined is because of COVID-19 that closed flights and transportation.

“It has not been affected by the tension between the US and China and is offering a positive move for the country such as shifting factories from China to Cambodia,” he said.