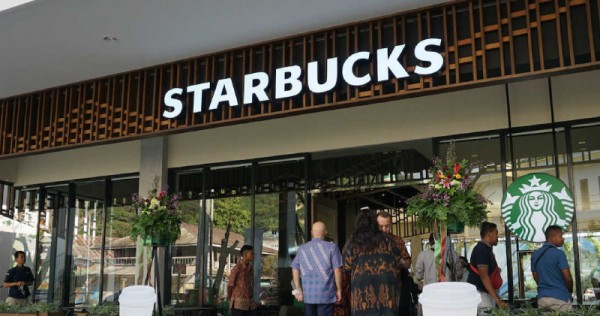 The North Jakarta Police have arrested two former Starbucks Indonesia employees for alleged sexual harassment after they were caught peering at a female customer’s cleavage through a CCTV camera.

“The police are now interrogating them to find out their motives,” Yusri told The Jakarta Post on Friday.

He added the police had also identified the victim, since one of the suspects personally recognised her.

“The suspect has her phone number. The victim just filed a report to the police.”

The spokesperson went on to say the incident occurred on Wednesday in a Starbucks store in the neighborhood of Sunter in North Jakarta.

The incident caught public attention after a Twitter user under the handle @LisaAbet uploaded a video of the incident to the Twitter. She tweeted she was angered upon watching the incident in her friend’s Instagram Story.

The footage showed a male employee of the coffee shop zooming on CCTV recordings at the back office to get a clearer look on a female visitor’s cleavage. Another male employee who recorded the event through his phone burst into laughter.

The incident drove many internet users raging over the behavior, demanding immediate investigation from Starbucks. @LisaAbet’s post has been retweeted 19,400 times in less than two days.

“How they behave is unacceptable and disgusting,” Twitter user @xxnotababexx wrote.

“F&B [food and beverage] business is about hospitality. If customers are not respected, it’s fatal […],” user @aguslio17g tweeted.

Starbucks responded to the post on Wednesday, apologising for the incident. The company added that the management was investigating the incident and the employees.

The company released a statement on Thursday afternoon, saying “the individual” was no longer employed and the company would ensure similar incidents did not happen in future.

“We were extremely troubled to learn of this incident and it is a matter that we take seriously.

“It is not consistent with our mission and values, high standards of conduct or the experience we strive to deliver for our customers,” Starbucks stated.

Starbucks Indonesia spokesperson Andrea Siahaan confirmed to the Post that the company had fired the two employees implicated in the incident.

Opening its first store in Jakarta in 2002, Starbucks now has more than 300 stores in major cities across the country.

Prayers for the dead as Myanmar’s young jade miners mourned