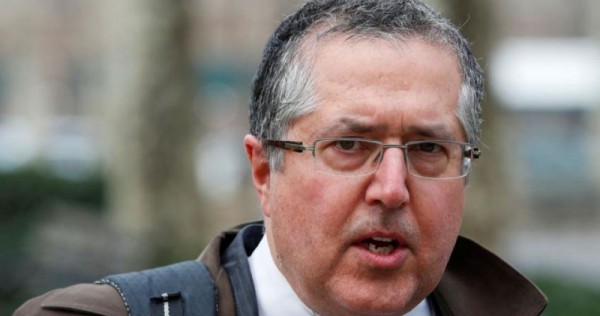 NEW YORK – The trial of a former Goldman Sachs banker accused of helping loot Malaysia’s 1MDB sovereign wealth fund will be paused due to late disclosure of some evidence by prosecutors to the defense, the judge in the case ruled on Wednesday (Feb 23).

Roger Ng, Goldman’s former head of investment banking in Malaysia, has pleaded not guilty to charges of conspiring to launder money and to violate an anti-bribery law. Prosecutors say Ng received millions of dollars in kickbacks for helping embezzle funds from 1MDB.

Prosecutors said in a Wednesday morning court filing – more than a week after opening statements in Ng’s trial began – that they learned late on Tuesday that one US Department of Justice (DOJ) division did not share with them or Ng some 15,500 documents related to Tim Leissner, Ng’s former boss.

“The government absolutely, absolutely, and admittedly at this point did not live up to its obligations,” Marc Agnifilo, a defense attorney for Ng, told US District Judge Margo Brodie in Brooklyn federal court outside the jury’s presence.

“Evidence is coming in drips and drabs.”

Agnifilo said the documents could be critical for the defense. Brodie called the late disclosure “troubling,” noting that she had previously asked prosecutors to make sure all disclosures were made.

Leissner, who pleaded guilty to similar charges in 2018, is testifying against Ng, 49, as the government’s star witness. Brodie said she would allow prosecutors to finish questioning Leissner, then pause the trial before cross-examination to give Agnifilo time to review the new documents.

“I will give you as much time as you need,” Brodie said, though she noted that the trial could not be delayed indefinitely.

Assistant US Attorney Alixandra Smith said the delayed disclosure was an “inexcusable error” and did not object to pausing the trial.

The trial stems from one of the biggest financial scandals in history. Between 2009 and 2014, Goldman reaped some $600 million in fees for helping 1MDB sell $6.5 billion in bonds, but around $4.5 billion of that was diverted, and Goldman bankers bribed officials to win business for the bank, US prosecutors say.

Goldman in 2020 paid a nearly $3 billion fine and arranged for its Malaysian unit to plead guilty in US. court.