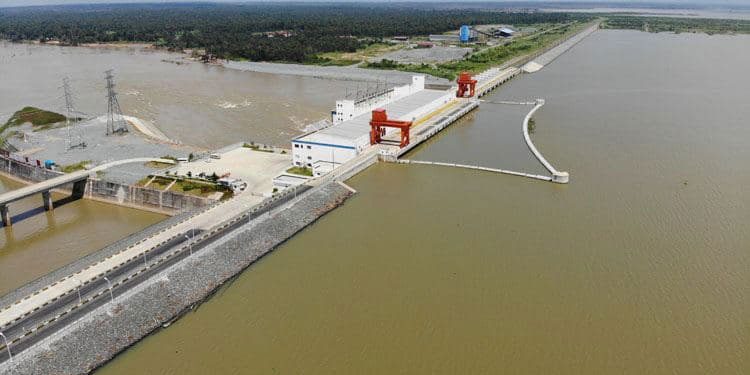 The Minister for Mines and Energy is giving nothing away on how hydropower figures in Cambodia’s draft power development plan (PDP). However, he did say the PDP would not turn its back on established power sources, such as coal- and oil-fired power plants because of expectations that electricity demand will rebound to at least pre-Covid levels if gross domestic product meets IMF forecasts of 6.9 percent in 2025.

“In the preparation of the new PDP we realise that our energy system will continue to depend unavoidably on some fossil fuel,” Suy Sem said in a speech yesterday at the 15th East Asia Summit Energy Ministers’ Meeting. He did however point to the possibility of more sustainable power sources.

“Overall, Cambodia is committed to reduce greenhouse gas emissions in the country including electricity generation. To reach this objective we are expecting more renewable energy generation sources and Energy Efficiency projects in the coming years,” Sem said.

The increasing severity of droughts in Cambodia and concern about upriver projects are raising questions about the future of hydropower. The use of water to move turbines which generate electricity is a major part of the Kingdom’s energy mixture. Hydro contributed 41 percent of total power last year, second only to coal and a long way ahead of solar and biomass.

Hydropower also meets much of the power needs of Cambodia’s neighbours on the Mekong River and its tributaries. Development began years ago on tributaries in Thailand and Vietnam, upstream of Cambodia. As of 2019 there were 89 hydropower projects in the Lower Mekong Basin (LMB) with 12,285 megaWatts (mW) of capacity, according to the Mekong River Commission. It says hydropower development in the LMB brings both positive and negative consequences.

“The LMB could see economic gains from full hydropower development of more than $160 billion by 2040. Development of hydropower brings synergies with other water-related sectors as well, including expanding irrigation that is key to food security, provides access to electricity that is key to poverty reduction, contributes to navigation that enhances regional trade, and provides flood management and drought relief that is important part of adapting to climate change,” it said.

Deputy Director of the Southeast-Asia Program at The Stimson Center Courtney Weatherby says not everyone counts hydropower as a green resource.

“While many hydropower projects have reduced carbon emissions compared to fossil fuels, large-scale projects do have significant environmental impacts on the natural flow of water, sediment and fish that can have significant impact on local ecosystems, communities and regional food security. Cambodia has a large amount of hydropower already in the system and the recent years of drought have raised many questions about hydropower’s feasibility as a reliable power source amid changing water availability due to climate change impacts,” she said.

Moody’s Investors Service is “highly negative” about water management risks for Cambodia, on a regional scale that ranges from “neutral” to “very highly negative” because of the power plants stretching back along the Mekong.

“The Mekong River basin is a potential geopolitical flashpoint as it is also the site of China-backed hydroelectric projects with downstream implications,” said Moody’s, the world’s biggest credit ratings company.

“The Mekong River originates in China but feeds downstream hydroelectric power generation in Laos, power consumption in Thailand, and agriculture and fisheries in Cambodia and Vietnam. Reduced sedimentation in the Mekong Delta in Vietnam, for example, has led to less nutrients for fisheries, shrimp harvesting, cashew production and other agricultural output, which together accounted for 15 percent of 2020 GDP [gross domestic product] and diminished natural coastal barriers that protect against severe storm surges,” Moody’s said.

Cambodia will probably expand hydropower carefully, according to The Stimson Center’s Courtney Weatherby. “Policymakers would benefit from being strategic in selecting hydropower projects. This could be done through seeking to strategically identify and support projects which are sited above existing projects to avoid further fragmentation of the Mekong River system and avoiding dams on the mainstream of the Mekong, which would negatively impact the flow of water, fish and sediments to the Tonle Sap lake and further threaten fisheries productivity and domestic food production,” Weatherby said.

The Cambodian government has been keen to portray its hydropower projects as environmentally friendly. In July the Fisheries Administration issued a certificate to the Lower Sesan 2 Hydropower plant in recognition of the company’s achievements in fish protection.