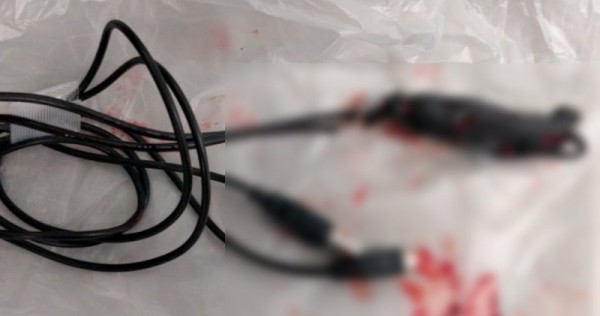 An experiment by a teen curious about sex landed him in a sticky situation.

The 15-year-old boy from the United Kingdom was rushed to hospital after he inserted a USB cable into his penis to measure its length.

According to a urology case report published on Sept 11, the unnamed teenager underwent emergency surgery to remove the foreign object so as to prevent the risk of long-term complications to his manhood.

The boy, who requested to be examined without his mother, confessed to doctors that he inserted the wire into his urethra “in the context of sexual experimentation”.

When he failed to remove it, the cable became even more tangled and caused him to urinate blood.

Despite undergoing rigid cystoscopy and optical urethrotomy (telescopic inspection of the urethra and bladder to reduce the narrowing in the urethra with a telescopic knife or laser), doctors at a local hospital were unable to remove the cable, the report said.

The boy was later transferred to University College Hospital in London.

X-rays revealed that there was a huge knot of USB cable inside the teenager, and surgeons managed to remove it by making an incision in the region between his genitals and anus.

The report said: “Both ends of the wire were pulled out successfully through the external urethral meatus (opening of the urethra)”.

The teen was discharged from hospital a day after the surgery and went for a follow-up scan two weeks later. He will require monitoring in the future, said the doctors who treated him.

According to the report, the most common causes of people inserting foreign objects into their genitals are sexual curiosity, sexual practice after intoxication, and mental disorders.

It went on to cite past cases of other items found inside parts of the patient’s body such as needles, pins, iron wires and pistachio shells.

The doctors noted that symptoms include urinary tract infection, large amounts of blood in urine and painful erections.

ALSO READ: Chinese boy has 70 magnetic balls surgically removed after inserting them into his penis