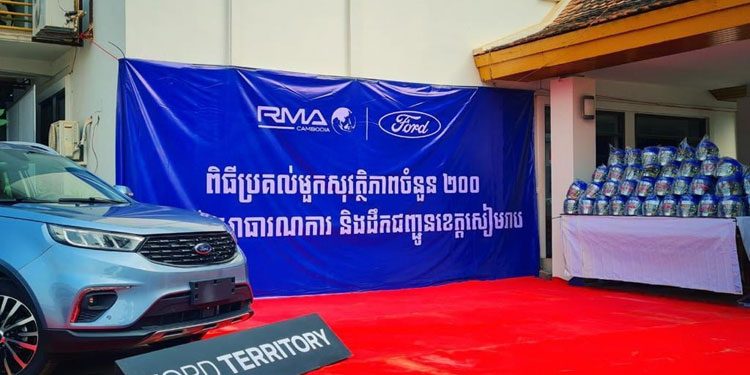 RMA (Cambodia) Plc, an authorised auto distributor in Cambodia, said the company has proposed an investment plant to establish a vehicle assembly factory to the government and added it will start construction once receiving the official green light, according to its Chief Executive Officer Ngorn Saing.

It’s hoped the factory can be built in Pursat province.

The project was raised in a discussion at a meeting held earlier this week with the participation of officials at the Council for the Development of Cambodia, local authorities of Pursat province and RMA (Cambodia) Plc.

According to Pursat Provincial Administration, the $21 million-vehicle assembly factory would be built on more than four hectares in Savorn village, Sna Ansa commune, Krakor district, 159 kilometres from Phnom Penh and could generate at least 500 jobs for locals.

The capacity of the proposed factory for assembling vehicles would be about 4,500 cars per year in the first year of operation and increase to 60,000 cars the following year, Saing said, claiming that the factory could produce at 10,000 vehicles at full capacity.

The company would import automotive parts or components from abroad because currently the parts and components for the company are not available in the country, Saing said.

“But in the future, the company will buy from local once those parts and components are available in Cambodia because investors will come in to invest on the auto part factories in Cambodia after there are automotive assembly factories in the country,” Saing suggested.

“The factory, [if] established in Pursat province, would improve living standards, reduce poverty of the people in the province and, especially, generate jobs for local people,” Mao Thunin, governor of Pursat province, said this week.