Covid-19 leaves sporting holes that will never be filled 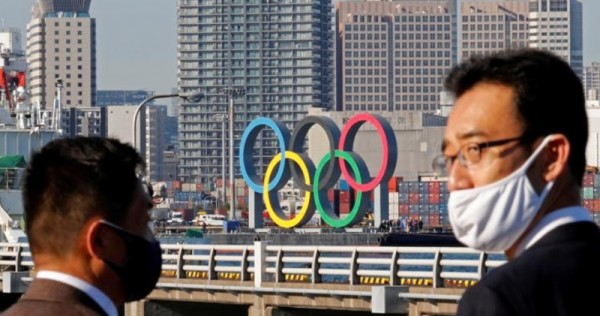 There are still hopes for a Tokyo Olympics, Formula One crowned a 2020 champion and the Los Angeles Lakers celebrated an NBA title inside a quarantined bubble.

They handed out a Green Jacket at the Masters and hoisted a Stanley Cup.

But there will forever remain blank spaces on the wall of the All-England Club where the winners of the 2020 Wimbledon tennis Championships would have been honoured and no name engraved on the Claret Jug that goes to the British Open golf champion.

Around the world, in the midst of a raging Covid-19 pandemic, games continued to be played, some in bubbles and most without spectators.

A Masters in November instead of April and a Kentucky Derby in September rather than May threw sporting biorhythms into confusion.

But for more than a few big and small leagues, teams and events the ravages of the coronavirus meant there was no 2020, leaving holes that will never be filled.

Hundreds of events disappeared and along with them, in some cases, the chance of a lifetime for an athlete to get his or her hands on a trophy or medal.

In April, Covid-19 did something two World Wars, a terror attack and all manner of global calamities could not – stop the Boston Marathon, which for the first time in its 124-year history did not celebrate a champion.

The announcement that the marathon would be cancelled was heartbreaking for elite runners and novices alike but most took it in their stride.

“The runner in me is sad about today’s news – but the public health professional in me 100 per cent supports it,” Kaitlin Goodman, a professional distance runner and four-times US Olympic trials qualifier, posted on Instagram. “We’ll all adapt. Adjust. Course-correct. You can pivot, and you will.”

There was no less disappointment in the scrapping of two iconic British summer sporting traditions.

With the exception of the two World Wars, Wimbledon had been contested since 1877 and the Open Championship since 1860, with one other blank year in 1871 when it could not decide how the event would be run.

Roger Federer, an eight-times champion on the All England Club lawns, had one word to describe his feelings on Twitter; “Devastated”.

Wimbledon, the British Open and the Boston Marathon will all return, but some leagues and teams have simply disappeared from the sporting scene.

To great fanfare the XFL relaunched a second time in 2020, hoping to feed the insatiable appetite of American football fans during the NFL closed season but teams played only about half their 10 games before operations were suspended due to the impact of the coronavirus pandemic.

The Toronto Wolfpack, a transatlantic team due to play in England’s Super League, created a stir in the rugby world when they signed the sport’s biggest name, New Zealand All Black great Sonny Bill Williams, to a two-year deal for a record $9 million (S$12 million).

In the end, Williams never set foot in Toronto and the club stopped play on July, saying they could not find the finances to complete the season and they will end the year without a home or league, relying on a GoFundMe campaign to pay staff and players.