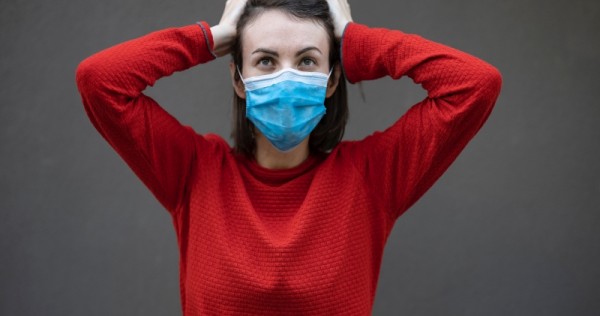 Standard face masks recommended by US health authorities are not a good fit for women – or the elderly or thin people, according to a new study.

Researchers led by Dr Kourosh Shoele at Florida State University found that masks recommended by the US Centres for Disease Control and Prevention to stop the spread of the coronavirus fit people with masculine facial features very well.

But “leakage” from the mask of the suggested size and design doubled when used by women because the protective equipment was too big. This was also the case with thin or elderly users.

“Different mask designs should be recommended for different categories of people, especially based on weight, age, and gender,” the team said in a non-peer-reviewed paper posted on the preprint site medRxiv.org on Monday.

The team based their conclusion on computer modelling using facial data of 100 men and 100 women.

ALSO READ: I try a rubber band hack to seal up gaps found on ill-fitting masks and I won’t recommend it

“The findings are significant because by some estimates, proper and universal mask use has the potential to reduce the global death toll from the coronavirus by nearly a third.

In a paper posted on medRxiv.org on Sunday, the Institute for Health Metrics and Evaluation at the University of Washington said that less than 60 per cent of the people in the world wore masks but if that rose to 95 per cent, the projected deaths would decline from 3 million to slightly over 2 million people by January next year.

“The effect of universal mask use is greatest in countries such as India, the United States of America, and Russia,” the institute’s Covid-19 forecasters said.

Fewer women die from Covid-19 than men, according to some studies.

In China, for instance, men were twice as likely to be killed by Sars-CoV-2 – the formal name for the coronavirus – than women. A possible reason was that women used masks and washed their hands more often, according to some researchers.

Some companies do offer masks for women, but usually the only difference is colour. Masks are also available for children but few apparently designed for seniors.

Leakage was a common problem for mass-produced mask products. A home-made paper mask could have better fit to the face than a commercial one including the N95 respirator used by health workers, according to one study.

The pandemic has exposed other issues for women. They were 1.8 times more likely to lose their jobs during this crisis than men, according to consultancy McKinsey. Women made up less than 40 per cent of global employment but accounted for 54 per cent of overall job losses.

And in Japan, suicides by women less than 40 years of age rose by over 63 per cent in August compared to the same month in the previous three years, mainly because of job or income loss, according to a study by researchers with Waseda University and Osaka University.

In contrast, the suicide rate of Japanese men has been on decline since the start of the pandemic because they had more secure jobs, shorter work days and more financial support from the government.

Cellcard, mobile operator in Cambodia, kick off a donation drive for flood victims