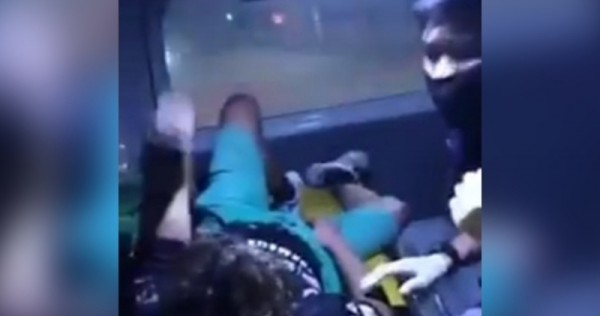 A video clip of a rescue worker singing a love song to console a heartbroken drunk who was hit by a car has gone viral, winning the volunteer plenty of praise.

The clip was shared on the RescuemanV2 Facebook page on Tuesday.

The victim had reportedly got drunk after breaking up with his girlfriend and was hit by a car on Ratchapruek Road in Nonthaburi as he tried to ride home on his bicycle. But when rescue volunteers arrived, he refused to be taken to hospital.

However, after learning of the victim’s breakup, one of the volunteers began playing a love song on his phone and started singing along. The injured man joined in, and eventually agreed to be treated in hospital.