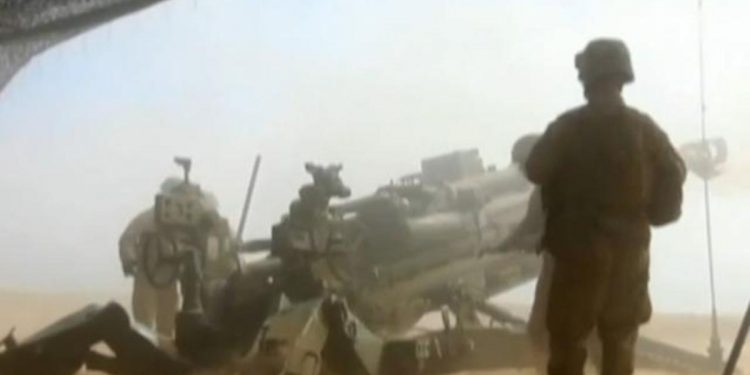 The House has passed a bill allowing the Biden administration to lend or lease weapons to Ukraine and other eastern European countries, sending the bill to the president’s desk.

The House on Thursday approved the Ukraine Democracy Defense Lend-Lease Act of 2022 by 417-10, after the Senate passed it by unanimous consent earlier this month. The lend-lease bill allows the president to lend or lease defense equipment to Ukraine for fiscal year 2022 and 2023, and also slashes bureaucratic red tape to make sure equipment is delivered quickly. The legislation is named for the revival of a World War II era program that helped supply allies in the fight against Nazi Germany.

“We have heard clearly from Ukrainian President Zelenskyy: Ukraine desperately needs more military aid to sustain its fight for sovereignty and defend its civilian population,” said Rep. John Katko, one of the bill’s cosponsors. “I cosponsored this bill and was proud to support it on the House floor because it will expand our nation’s ability to expeditiously deliver additional defense articles to the government of Ukraine as they fight back against Vladimir Putin’s barbaric and unlawful invasion. This is a necessary step to protect the future of Ukraine and the safety of its people.”

The World War II-era lend-lease program was viewed as a pivotal tool that allowed for the allies’ victory against Nazi Germany. It allowed the U.S. government to lend or lease war supplies, rather than selling them, to any country deemed vital to the United States’ defense. The aid particularly helped Great Britain in its battle against Nazi Germany.

The bill’s passage comes as President Biden urged Congress to swiftly pass a $33 billion assistance package for Ukraine as it continues to block Russian President Vladimir Putin’s assault. The White House says nearly all of the $3.5 billion in drawdown authority Congress provided last month for military assistance is depleted.

“The cost of this fight is not cheap, but caving to aggression is going to be more costly if we allow it to happen,” the president said in remarks from the White House Thursday morning. “We either back the Ukrainian people as they defend their country, or we stand by as the Russians continue their atrocities and aggression in Ukraine.”

This article was first published in CBS News . All contents and images are copyright to their respective owners and sources.
Tags: #Russia-Ukraine conflict#Ukraine#VLADIMIR PUTINlend weapons to UkraineRussian PresidentUkrainian PresidentZelenskyy
Previous Post