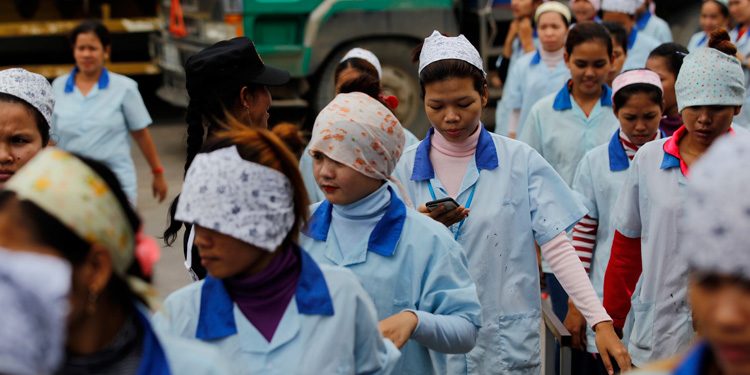 It found that 93 percent of surveyed brands failed to provide evidence that they are paying a living wage to any of their suppliers while 63 percent do not disclose the names or addresses of suppliers or only partially comply with the transparency pledge.

According to the CCC, brands have continued to ruthlessly seeking lower prices for goods, forcing suppliers to operate on narrow profit margins and squeezing the wages of workers who are already living on the poverty line.

Muriel Treibich, from the CCC said for decades, brands and retailers have built profits through a low-wage, labour- intensive model.

“Companies refuse to disclose information on their supply-chain because that would mean associating themselves with the poverty wages that the workers who make their branded projects receive. This lack of accountability needs to change and this is why we urgently need accurate and up-to-date data on factories and wages paid across the supply-chain,” she said.

Lack of transparency in the garment industry has enabled brands to distance themselves from workers and evade their responsibility to address low wages and exploitation in supply chains, according to the CCC.

Ath Thorn, president of Cambodian Labour Confederation (CLC), which has been working with the CCC for nearly 20 year in solving the issue. Cambodia’s garment sector said that buyers play an important role in helping workers.

“They are looking for cheap prices with good quality so suppliers cannot afford higher wages for workers,” he said adding that at times of minimum wage negotiations, buyers always promise to offer higher prices to suppliers but ultimately they don’t.

“We support the CCC and we ask brands to continue to pay higher prices in order to increase workers’ living wage,” he said.

Thorn said with the crisis of COVID-19, the Kingdom’s garments industry is getting worse because more factories have closed, leaving thousands unemployed.

However, he said the minimum wage negotiation will remain. “I don’t think we need to suspend that because workers are already affected by COVID-19 and the negotiation is for next year’s wages while the pandemic could end this year,” he said.

It is estimated that 60 million garment workers are employed in the industry, around 80 percent of whom are women. Low wages have severely restricted workers from fighting for better working conditions and wages, maintaining the status quo, according to the CCC.

Under the UN guiding principles on Business and Human Rights, brands are obliged to run their businesses responsibly. However, in 2020, garment workers are still fighting for their basic human rights to be met.

To promote garment workers living standards around the world, the CCC has launched a new website, called “The Fashion Checker” that will provide garment workers, activists and consumers access to real data from supply chains of the worlds’ biggest fashion brands including Primark, Bestseller and Topshop.

“[We] will use data on the website to put pressure on brands and policymakers to implement living wages for all workers in the garment industry by Dec 31 2022,” it said.