Car business in Cambodia slumps by 30% as purchasing power wanes 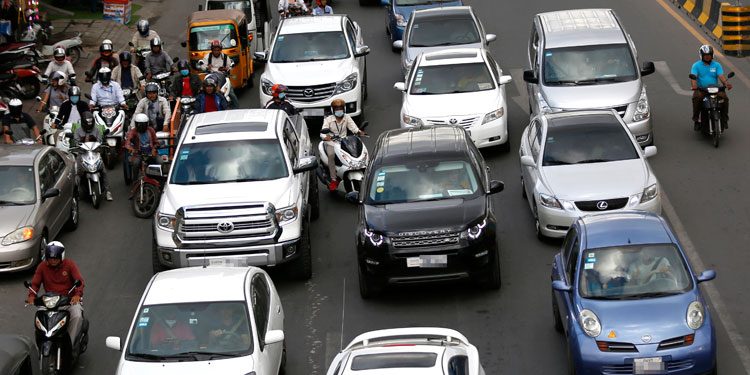 The Kingdom’s vehicles business has seen a drop in both sales and imports by an estimated 30 percent because of the impact of COVID-19.

Figures from the Ministry of Economy and Finance (MEF) shows that the COVID-19 crisis has caused the country’s imports to fall by more than 13,000 vehicles when compared to the same first six months of 2019.

In the first six months of 2019, vehicle imports were registered at 48,892 while for the same period this year, imports only numbered 35,807 units.

The report showed that the revenue from the import of both vehicles and machinery, which accounted for 42.4 per cent of the country’s total import revenue, declined to 31.5 per cent in the first half of this year compared with the same period last year.

Cambodia collected more than $1.2billion in customs and excise duties during the first six months, registering a decline of 22 per cent when compared with the same period last year.

Seng Voeung, general manager of the Ford Division at RMA (Cambodia) said that the industry has been severely affected as sales of both new and used vehicles have dropped drastically, no thanks to COVID-19.

He said the combined sales of both new and used cars declined by about 20,000 units or about 30 per cent from January to  August this year.

“The sale of new cars has slightly declined by about 600 units in the first eight months and we cannot predict when COVID-19 will end so we believe that the decline will continue,” he said adding that Ford’s bestselling vehicle is its pick-up, which he claims is topping the market for this particular segment.

Cambodia’s vehicle industry is comprised largely of used cars, which account for almost 80 per cent of the market. However the trend of using new cars will likely change in the near future.

“People now turn to purchase new cars because the prices do not differ too much and new cars provide better safety and quality of use,” he said.

“Now we have more car loans being offered by the banks and leasing companies and this makes it more affordable for purchasing a new car.”

Voeung said the in the next few years, the market share of new cars would reach more than 20 per cent as buying new cars in Cambodia is getting more popular as customers.

Pen David, General Manager of Mazda Cambodia, the  official dealer for Mazda vehicles said that the brand is now getting more popular among Cambodians.

“We are seeing the gradual change in people’s behaviour, moving to buy new cars because they are more aware of safety and reliability and we believe that with the economic growth, the second hand market will gradually reduce in the near future,” he said. However, the situation is not good in general during the COVID-19 pandemic.

Pen Khoun Chea, a second-hand car dealer in Phnom Penh lamented that his sales has  declined almost 90 per cent since the outbreak of COVID-19. He sells mostly Toyota’s such as Lexus, Prius, High Lander and Camry.

“Before, I could sell around 10 cars per month but since the COVID-19 pandemic, I could sell only one or two units. I have lost more than $90,000 so far,” he said adding that now he had added Tuk Tuk repair service to earn some revenue from vehicle business.

“Now I have a lot of cars in stock and we cannot  import any additional vehicles. The vehicle market is simply too quiet,” he lamented.

According to the Cambodia Automotive Industry Federation (CAIF), there are 26 official brands distributed by its members.

Voeung said Cambodia’s vehicles industry is already facing massive challenges, which are compounded with the large number of parallel imports.

“Official dealers face competition from unofficial importers, who could sell their vehicles at   cheaper prices. This is unfair competition and we ask the authorities to address this issue,” he said.

Japanese Business Association of Cambodia (JBAC) has urged the government to implement the Law on Trade Marks, Trade Name and unfair Competition. JBAC said that the dealership of new vehicles is protected by trademarks has been infringed upon because some companies have imported new vehicles labelled as used cars, which creates unfair competition within the industry.

“Parallel importers who sell new cars as used cars are not required to submit safety test reports,” JBAC said. “We are concerned that vehicles whose safety does not fulfill Cambodia’s vehicle Safety Standard are being distributed in the market.”

Covid-19 vaccine may be ready by year-end, says WHO’s Tedros