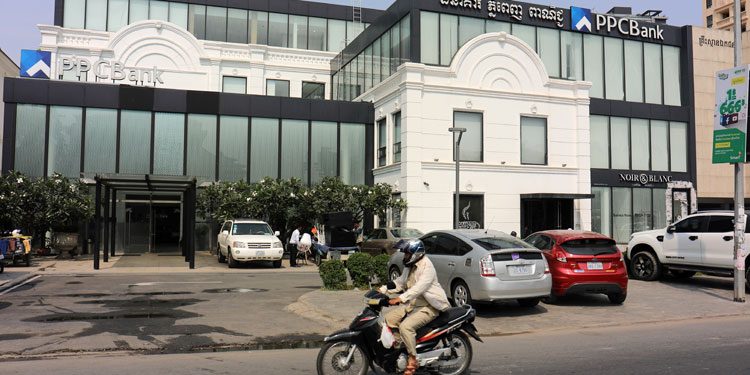 PPCBank had fully raised $10 million during its first phase. The first and second phase bonds is subscribed to foreign exchange-indexed bonds with a coupon rate of 6.5 percent per annum with a maturity date of 3 years.

The Bank’s corporate bonds listing first obtained approval from the Securities and Exchange Commission of Cambodia (SECC) on its subscription and allocations on April 10, and officially listed on April 21 this year.

The Bank successfully raised 40 billion riels (about $10 million) during the first phase of its bond issuance process despite the COVID-19 pandemic.

Shin Chang Moo, president and CEO of PPCBank, said that the listing ceremony at CSX for another $10 million in addition to the $10 million issued during the first phase is another positive milestone in the bank’s history.

“I am just glad to issue the second phase successfully, on time and with an even higher rate of oversubscription,” Chang Moo added.

Ha Jong Weon, vice-chairman and chief operating officer of Cambodia Securities and Exchange, told Khmer Times that the bond issue could strengthen a financial institution’s ability to compete with others in Cambodia’s capital market. That means they have a lot of assets and attractive interest rates for the customers, he said.

“This year, we have seen a dramatic improvement in terms of the number of listings, and  trading activities. We received 2 equity listings, including the largest commercial bank in the country, the ACLEDA Bank. Nonetheless, there are 3 companies which have issued bonds, 2 of which are micro-finance institutions. We achieved a number of milestones thus far, making 2020 one of the best year, despite the pandemic,” he added.

Ha said that at the start of 2020, the trading value was minimal compared to 2019. However, from Mid-2020, CSX has seen an increase in trading values due to the presence of newly listed companies and the improvement of COVID-19 situation in Cambodia.

“Overall, the daily average trading value was approximately $140,000,  a relatively high archiving figure in terms of retail trade. The CSX continues to engage with investors, promote public awareness and investor education,” he added.

Car business in Cambodia slumps by 30% as purchasing power wanes