Cambodia’s mangoes will soon be exported to China 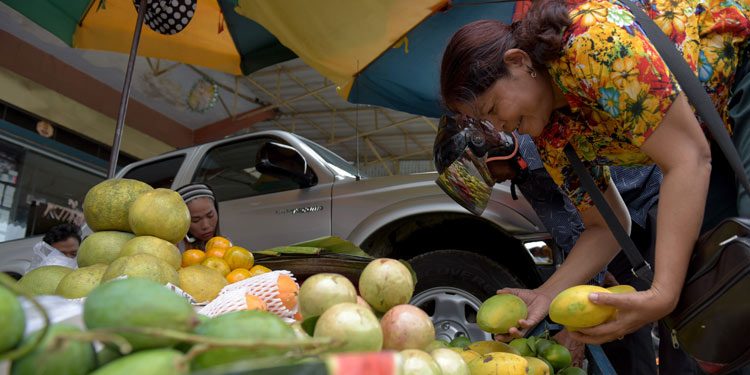 Cambodia’s mangoes will soon be exported to China after expert teams between the two countries concluded technical problems concerning phytosanitary arrangements relating to the control of plant diseases.

Despite difficulties during the critical situation sparked by the COVID-19 pandemic, discussions on the matter were still possible by teleconference, said Srey Vuthy, a spokesperson at the Agriculture Ministry.

Vuthy told Khmer Times yesterday the move will pave the way for the two countries to sign an agreement to officially allow the fruit shipment to China.

“I’m not sure when this agreement is set to be signed – it has to wait until the pandemic is over,” he said.

The fruit officially began being exported to South Korea in January this year by South Korean-based company Hyundai Agro. The firm announced during the time that it sends both yellow and green mangoes weighing between 5 to 20 tonnes every day to the market.

In July last year, the ministry made public a list of the agricultural goods that are being prioritised for export to China. The list contained six items – fresh mango, longan, pepper, dragon fruit, fragrant coconuts and birds’ nests.

But Vuthy said he was only aware mango progress had been made, noting that the remaining agricultural products are still under discussion.

When contacted, Ke Monyvuth, director of the ministry’s crop protection and phytosanitary department, said he could not comment as he was busy on a teleconference.

Ngin Chhay, director-general of agriculture at the Agriculture Ministry, previously said if shipments are approved, China would become the biggest buyer of Cambodia’s mangoes.

He noted that mango shipments will not be approved by Chinese authorities unless significant investment goes into building processing and packaging facilities, noting that the country is in dire need of vapour heat treatment facilities.

“Cambodia has great mangoes but we cannot export them to China, which is the biggest market for this product,” Chhay added. “We urge the private sector to invest in the sector and build the necessary treatment facilities.”

“Building the infrastructure needed to meet those requirements takes time and capital, he said. For example, to process mangoes that can be shipped to China or Korea, factories need to be equipped with a vapour heat treatment system to control fruit fly infestations,” he explained.

Cambodia and China recently announced they had concluded the second round of the free-trade agreement negotiation – with a resounding 70 percent success rate so far and the deal is expected to be inked by the end of the year.

Observers said the FTA deal would mutually benefit the two nations, while allowing Cambodia to attract more Chinese investments and enabling the Kingdom to export more products, especially agricultural ones.

However, Vuthy said agricultural products still require sanitary and phytosanitary testing even when the deal is signed, in the interests of public health.