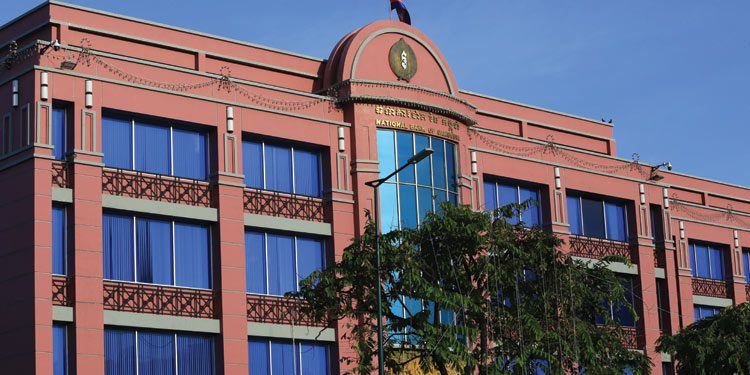 A senior official of the National Bank of Cambodia said a report from the Cambodian League for the Promotion and Defence of Human Rights (LICADHO) lacked comprehensive study and participation of relevant parties.

LICADHO’s report findings read that Cambodia’s massive microfinance sector has relied upon and encouraged migration to Thailand in order to sustain the highest average microloan amount in the world.

It said that all of the households interviewed (30 out of 30) had at least one family member who had migrated to Thailand. The 30 respondents reported a total of 92 migrant family members, with some reporting that up to 7 relatives had migrated.

The majority of households interviewed had previously taken or currently held a loan from an MFI (23 out of 30). This debt was the primary reason for the migration in their family.

When asked about their feelings toward their MFI debt, the majority of interviewees reported feeling scared. These fears most often revolved around feeling pressured to pay back MFIs and feeling afraid they would have to sell land to repay MFIs, or, less commonly, fearing for the safety and security of migrant workers who had migrated to pay off the MFI debt.

Two out of the 30 families reported selling land to pay back MFI debt. Many reported they were currently planning to sell land, but noted the price of land in the border area was very low because of a lack of jobs.

It said that in the past few months, as COVID-19 has spread across the region, more than 80,000 Cambodian migrant workers have returned home from Thailand. Thus, workers face difficulties reintegrating under normal circumstances, but the stigma associated with their return during the COVID-19 pandemic and the even greater lack of economic opportunity in Cambodia exacerbates these issues.

The found that MFI debt was also the primary reason given for why a family member had migrated. Many of those who had taken loans with MFIs had borrowed money from multiple sources; either from multiple MFIs or one MFI and private money lenders simultaneously.

Sovannarith, however, asked how people should we consider the measures mentioned in this report When they took one of the more than 14,000 villages and interviewed 30 families of more than 2 million microfinance borrowers. This number is approximately 0.007 percent and 0.001 percent, respectively – and they just interviewed family members.

He explained that about $444 million in loans were provided to more than half a million clients (25% of microfinance borrowers) without collateral. Responsible lenders are not happy and spend their money because lenders also earns from their MFI loans.

“At the time of the outbreak of COVID-19, microfinance institutions offered preferential treatment to more than 95,000 clients with more than $373 million through loan restructuring,” Sovannarith said.

“We welcome a comprehensive and inclusive study of relevant and constructive stakeholders,” he said.

Cambodia’s mangoes will soon be exported to China