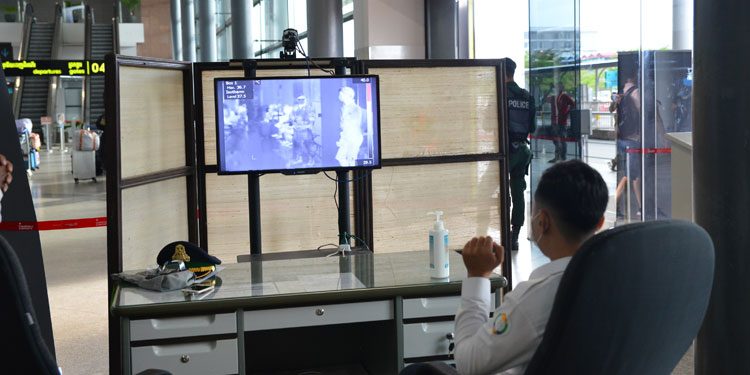 The audits focused on health and hygiene measures put in place at the three airports in order to address
the threats posed by COVID-19.

Cambodia’s three airports are fully aligned with industry best practices and the new health measures are conducive to rebuilding confidence in air travel.

Cambodia Airports said that the processes were specifically adjusted to protect passengers, airline and airport personnel when they interact (check-in, boarding or disembarkation), as well as to protect customers and those who cater to them at various airport outlets (duty-free, food and beverage, business lounge).

These measures are part of the international campaign “Protecting each other”, developed and promoted by VINCI Airports, a global aggregator that develops, finances and provides operations to 45 airports worldwide, including those operated by Cambodia Airports.

The measures were based on hygiene recommendations issued by the World Health Organization (WHO) and the International Civil Aviation Organization (ICAO).

In the Asean region, the three Cambodian airports are among the first to have obtained the ACI’s AHA accreditation, putting them in the same league as bigger regional hubs in Singapore, Jakarta and Manila.

“We congratulate the Cambodia Airports operations in Phnom Penh, Siem Reap and Sihanouk provinces for obtaining the ACI’s health accreditation to prove to the world and to the communities they serve that effective health measures have been put in place in compliance with the highest standards recommended by the ICAO,” said Baronci.

Alain Brun, chief executive officer of Cambodia Airports, said: “By putting the health safety of its passengers and airport users first, Cambodia Airports remains true to itself as one of Cambodia’s key public service providers. I must commend the outstanding cooperation between Cambodian health authorities and our teams. Having a reliable health system at its airports ensures that Cambodia will be looked at favourably when air travel restarts and people browse around destinations to visit either for leisure or business opportunities.” he added.

According to data released by Cambodia Airports, overall passenger traffic at Cambodia’s international airports was down 78 percent between January and October of 2020. It decreased 74 percent at Phnom Penh International (1.27million people), 81 percent at Siem Reap International (618,459 people) and 86 percent at Sihanouk International (210,000 people), compared with the same period figures from last year.