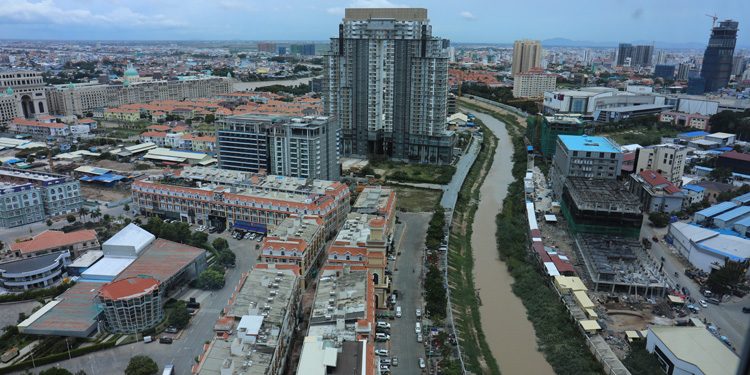 Cambodia is set to develop within a rapidly changing global landscape that offers both new challenges and new opportunities. Set at the intersection between domestic development and global change, will Cambodia in 2040 be a middle-income state with growing prosperity or will it have stagnated at its current, lower-middle-income level, or dropped back to the status of a low-income state?

In order to address these and other important questions, Future Forum has partnered with the Konrad Adenauer Stiftung to produce a series of edited volumes examining a number of different areas of socio-economic development, ranging from fiscal policy to the fourth industrial revolution to healthcare. There are three thematic scopes that the series cover: (i) economic development; (ii) culture and society and (iii) foreign policy and governance.

Future Forum is an independent think tank that focuses on research, analysis, and public policy, representing a dynamic response to an identified “policy gap” in Cambodia.

Rather than simply identifying problems, Future Forum adopts a solution-oriented approach and uses its research to equip key decision-makers with detailed, specific, constructive policy solutions to Cambodia’s issues. It remains closely connected to youth and grassroots civil society networks such that it can provide local communities with the benefit of policy, analysis and technical assistance.

Cambodia has one of the fastest-growing economies in Asia, with growth averaging 7.6 percent over the last decade. Agriculture remains the dominant economic sector, with strong growth in textiles, construction, garments and tourism leading to increased foreign investment and international trade.

Cambodia was admitted as the tenth member of Asean in April 1999. The country began to witness signs of modest socio-economic growth from 2000. While 118,183 tourists officially visited Cambodia in 1993, the number rose to 466,365 by the end of 2000. There were already 240 hotels and 292 guest houses operating in Cambodia catering to the rising tourist demands in 2000. In the same year, only 80,000 people were estimated to own a mobile phone, but by 2019, mobile subscriptions jumped to more than 18.5 million users. According to official statistics, Cambodia’s gross domestic product (GDP) per capita had increased from $288 in 2000 to more than $1500 in 2018, making Cambodia one of the best performers in poverty reduction.

The global epidemiological and economic crisis unleashed by COVID-19 poses the greatest threat to Cambodia’s development in its 30 years of modern history. The three most affected sectors – tourism, manufacturing exports, and construction – contributed more than 70 percent of growth and 39.4 percent of total paid employment in 2019. In the current year, Cambodia’s economy is likely to register its slowest growth since 1994.