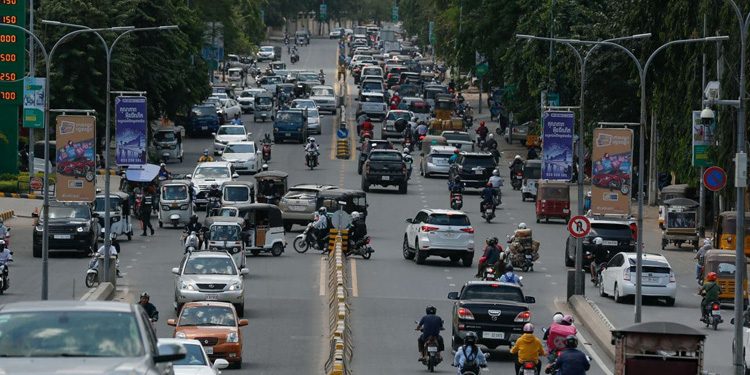 According to the latest import and export statistics for the first nine months of this year, the volume of automobiles and motorcycles  exported dropped by 34.1 percent and 39.5 percent respectively compared with year-to-date figures.

Major domestic auto dealers attribute this drop in Cambodian supply and demand in the sector to the pandemic.

The RMA Group (RMA), which is listed on the Cambodia Stock Exchange, stated in its latest financial report that because of the pandemic several large-scale private and public investment projects in Cambodia have been postponed or cancelled and. this coupled with a weakening of consumer confidence, the tourism and hotel industries having suffered heavy losses and the nation’s banks being more cautious in lending has contributed to the decreased demand for automobiles.

RMA, which primarily represents the Ford Motor Co of the United States, said that movement control measures implemented by various countries have also affected the [regional] supply chain. They cited the Ford assembly plant in Thailand having had their deliveries interrupted by supply chain problems for a period earlier this year.

Kevin Whitcraft, chairman of the group, pointed out in its latest financial report that while the pandemic has been well controlled in the Kingdom, its economic effects are indeed still being strongly felt across the economy.

“Some government departments have cut their spending by half compared with last year and many investment projects have had to be postponed to the first or second quarter of next year,” noted Whitcraft.

He also said the the weakening in consumer confidence and tightening of lending conditions by banks had negatively affected sales of automobiles, heavy machinery and agricultural machinery.

RMA Group’s revenue for the first three quarters of this year was approximately $230 million, an increase of 0.3 percent over the same period last year. Gross profits reached approximately $33.6 million, a year-on-year decrease of 4.4 percent.

In order to stimulate sales in the face of fierce competition, the company decided to entice customers with additional discounts which affected the company’s profit margin.

Cars and motorcycles are Cambodia’s leading, durable imports. However, they were not the only categories to experience trade volume decreases.

Imports of consumer appliances (including mobile phones and televisions) dropped by 45.9 percent from the same period last year and food imports fell by 16.8 percent. Gasoline and diesel imports increased by just 0.3 percent and 2.7 percent respectively.

The World Bank has stated that alongside Cambodia’s imports having dropped significantly this year, the country’s exports also dropped sharply. This further expanded the Kingdom’s trade deficit.