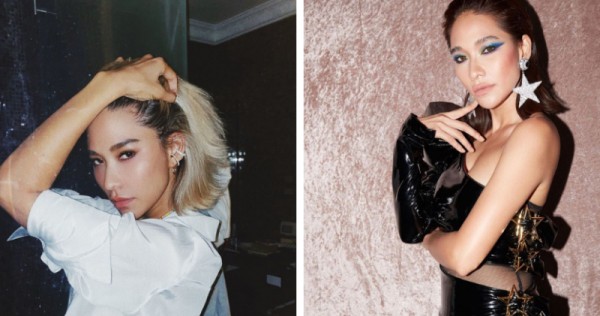 If you are a Thai drama fan, you must be familiar with Laila Boonyasak, formerly known as Chermarn Boonyasak and nicknamed Ploy, an actress who has dominated villainess roles in Thai dramas for years.

This legendary figure in Thai showbiz, however, announced on Dec 15 that she would be saying goodbye to the small screen, leaving fans very sad.

The 38-year old star is a mixed-race beauty who became famous in 2007 with her supporting role in the film Love of Siam. The role not only impressed the audience but also won her the Best Supporting Actress award at the Suphannahong National Film Award.

Since her breakout role, she has been in multiple successful dramas including Rahtree: Flower Of The Night, Roy Leh Saneh Rai, Botun Greep Sood Tai, Samee Tee Tra, and more.

She has tried a wide range of genres and roles throughout her career, with her work ranging from romance to the supernatural. In addition to her acting career, she is also a judge and mentor in the Thai reality TV show The Face.

Ploy is best known for playing the “bad woman”, especially in drama series. It is known that she often declines to play the main role and prefers the unlikeable villain roles to sharpen her acting skills.

However, as she always manages to play the villain so vividly, the attention on her often outshines the female leads.

On Dec 15, Ploy announced on Instagram that she will be saying goodbye to the small screen and that the TV series Reya will be her last TV production.

She thanked her fans for their support over the past 27 years, saying that she will be embarking on a new journey. She hopes that fans will show her love and support for her decision as well as her last work.

To comfort her fans, Ploy assured that although she is no longer acting in TV dramas, she would still be happy to host shows or act in movies, and she will continue to meet fans and audiences through various events.

ALSO READ: Why the gritty Thai drama Daughters should be in your ‘to-watch’ list