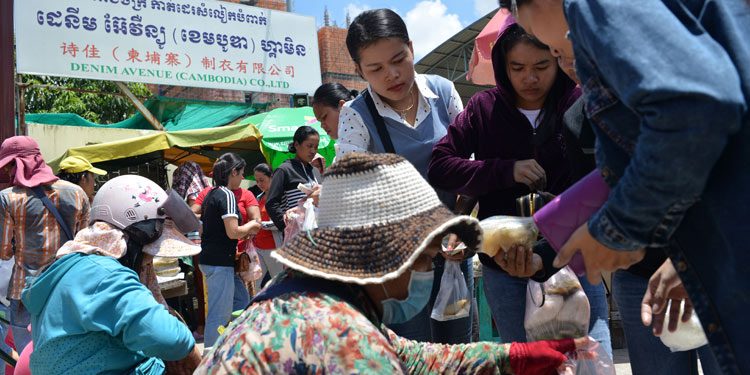 The 55,000 factory workers and 4,300 tourism workers, who have had their jobs suspended by the COVID-19 pandemic, will receive their $40 “out of work” monthly entitlements through their Wing Specialized Bank accounts next week.

The Ministry of Labour spokesperson, Heng Sour, told Khmer Times that the government has already allocated its budget for the 126 garment factories and 53 hotels that have currently registered their workers to the ministry because of the COVID-19 pandemic effect on business.

“The wage support for unemployed workers, whose jobs have been temporarily suspended, is expected to be transferred via the workers Wing Specialized Bank accounts next week,” Heng said.

Using these figures the government will be transferring $2,372,000 to the workers.

The Ministry of Economy and Finance has claimed that the government has allocated a total of approximately $300 million to $350 million in direct cash aid to assist the country.

Meas Sok Sensan, spokesperson for the ministry, said that this budget is not only for workers whose job has been suspended but also for poor families affected by the downturn in the economy.

The latest official figures from the Garment Manufacturers Association (GMAC) in Cambodia show that 180 factories have now suspended their operations with 60 more in the pipeline, affecting more than 150,000 workers.