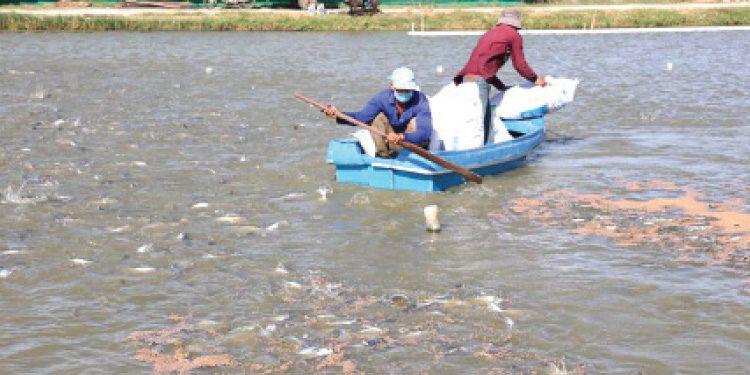 The move is to protect the local farmed fish industry.

Sakhon made the call during a visit to the farmed fish zone in Phnom Penh’s Prek Pnov district.

Sakhon said his visits made so far is to encourage farmers to continue rearing fish to supply domestic demand, in line with the government’s policy on boosting food production.

He noted that farmed fish production has increased notably after the government efforts to encourage local food production and reduce dependence on imports.

“Imports of fish from abroad, especially from Vietnam, will hurt the local farmed fish business because the imported fish are priced lower than the locally farmed fish,” Touch told Khmer Times.

Figures from the ministry showed that yield of farmed fish reached 400,000 tonnes last year, while fish caught from natural lakes and marine fish were 413,200 tonnes and 122,700 tonnes respectively.

Natural fish catches have greatly dropped due to the low water levels of the Tonle Sap Lake, which is the largest nesting site for fish in Cambodia.

Bird-watching tourism is a new opportunities for Cambodia tourism industry