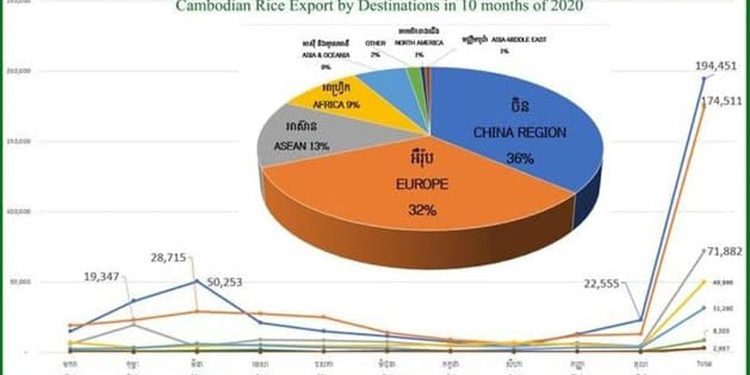 Cambodia’s gross revenue from rice exports in the first ten months of this year increased by nearly $47 million or 15 percent compared to the same period in 2019.

The figures from the Cambodia Rice Federation (CRF) show that the Kingdom earned in total $366.44 million from rice exports, in the January-October period.