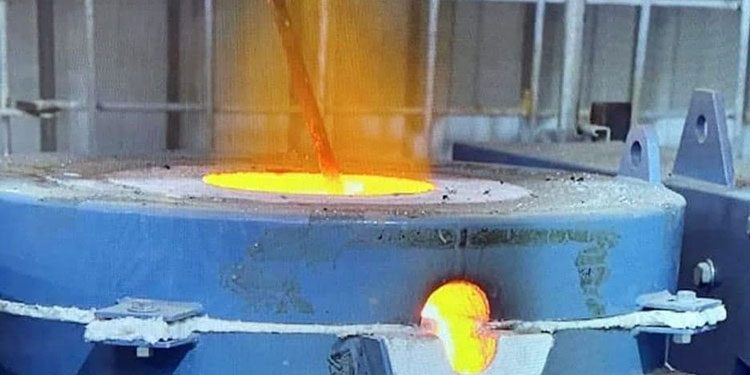 The figures were revealed by Prime Minister Hun Sen during a televised speech delivered during the inauguration ceremony of the building of the Ministry of Land Management, Urban Planning, Construction, on Monday.

The production of gold refinery is expectedly to increase, he said, voicing the good cooperation between the governments of the two countries.

“The cooperation between Cambodia and Australia, especially in the gold mining sector, especially  the Renaissance gold refining company, has reached almost one ton and will continue to increase,” Mr Hun Sen said.

The remark was made as Australia’s Minister for Foreign Affairs and Minister for Women, Senator the Hon Marise Payne arrived in Cambodia for an official visit.

It plans to refine an estimated three tonnes of gold ore every year for the first eight years of the mine’s operation, which is about 250 kg per month.

The company exports the gold ore to Australia for refining.

“In a few-months period, we extracted about 800 kg of gold ore, starting from June. So, in a year, extraction of gold ore will increase sigificantly,” the premier said and added that  “The company is studying gold exploration in other locations.”

As of October, the firm exported more than 500 kg of gold ore, according to Eung Dipola, Director General of Mines at the Ministry of Mines and Energy.

The company has been recently granted a new mine exploration license on 107 hectares of land located in Thbong Khmum province’s Memot district. The license provides the company three years for exploration from January 2021 to January 2024.

According to Dipola, the company has started demarcation of the area and worked with local authorities to explain the project to the local people.

The company has time to proceed before entering the exploration process, he said, adding that the amount of mine underground in the licensed area could not be estimated as the company is in still in the exploration stage.