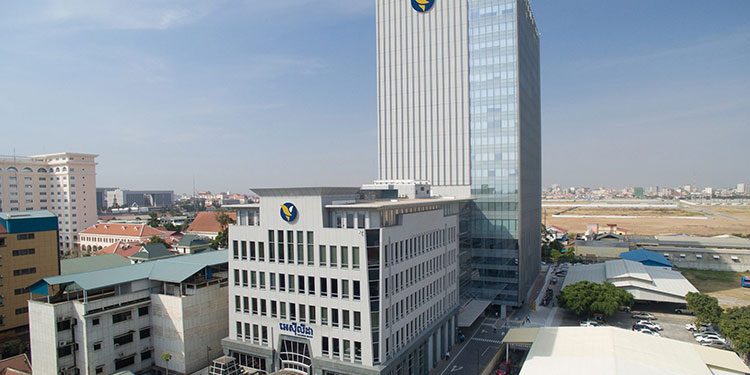 They launched the deal into syndication in June at an initial size of $75 million, with a $25 million greenshoe option.

Six participants joined the facility. Bank of Taiwan and Sunny Bank were each allocated $10 million. First Commercial Bank received $8 million, while SinoPac Capital International (HK) got $6 million. The Export-Import Bank of the Republic Bank of China and Bank of Panhsin received  $5 million allotments each.

The bullet loan, where the principal has to be paid back as a lump sum at the end of the term, had a tenor of three years and paid a margin of 250 basis points over Libor, the benchmark rate that leading London banks are prepared to offer.

“The purpose of this facility is to support the strategic growth and diversification of funding sources in line with the Bank’s plan to provide new loans to small and medium enterprises [SMEs] to fuel economic activity for the upcoming year, as the Kingdom emerges from the Covid-19 pandemic,” said Mar Amara, ACLEDA Bank’s Senior Executive Vice President & Group Chief Financial Officer. “As of September 30, 2021 total deposits increased by $827.98 million while total loans outstanding grew by $532.09 million compared to the year ended 2020. If compared with the end of September 2020, total deposits and total loans outstanding increased by $913.21 million, or 20.18 percent, and $894.73 million, or 21.59 percent, respectively. This strong growth is more than enough to support short-term loan growth for small enterprises. Normally SMEs need longer-term loans of three-to-five-years,” she said.

ACLEDA Bank sought three separate deals in June. In addition to the $79 million loan, it was looking for a $100 million five-year loan through Bank SinoPac, and an up to $100 million ‘B’ loan arranged by the International Finance Corporation, a member of the World Bank Group. IFC provided another $100 million ‘A’ loan from its own account. When an IFC loan includes financing from the market through the B Loan structure, IFC keeps a portion of the loan for its own account, called the ‘A’ loan. It sells the remaining portion to participants as the ‘B’ loan.

The SinoPac-led deal remained at the initial size of $100 million.

The IFC facility was closed at $169 million and will be used to help ACLEDA support Cambodian SMEs.

June’s search for funding was the first time in three years ACLEDA had gone to banks for funds and Amara says the bank is likely to look for more loans.

“ACLEDA Bank always plans ahead. To meet the long-term funding needs for 2022 and the following years and to support the needs of SMEs, ACLEDA Bank mobilizes both domestic and international funds,” she said. The IFC divested its 12.24 percent stake in ACLEDA Bank to the Sumitomo Mitsui Banking Corporation in 2014 after helping it grow from a nongovernmental organisation into a commercial bank.

ACLEDA was the first commercial bank in the Kingdom to list its shares on the Cambodia Securities Exchange.