Cambodia Kampot Pepper has now been stymied because of COVID-19 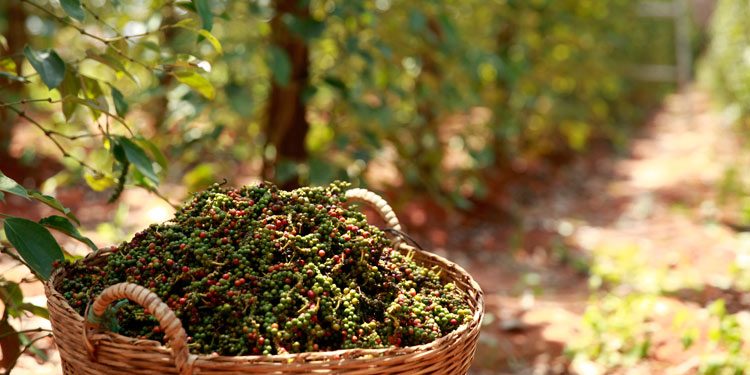 The exports of the renowned Kampot pepper, one of Cambodia’s only two products to be registered as a Geographical Indication in the European Union, has now been stymied because of the outbreak of the COVID-19 pandemic, according to a official of the Kampot provincial agriculture department.

Chan Rith, director of Kampot’s provincial agriculture department, said that at present more than 130 tonnes of Kampot pepper remain in stock which cannot be exported especially to the EU and South Korea because those countries are now affected by Coronavirus, so they suffer lockdown measures or restricted movement.

“Although the exports of Kampot pepper are stuck, the price has not dropped,” Rith added. He said that so far Kampot has 398 hectares of pepper, while the harvesting land is 135 hectares with 2.5 tonnes per hectare,” Rith added.

The Kampot Pepper Promotion Association projects a 69-tonne hike in yields, meaning that about 100 tonnes will be produced. However, the figure is lower than that of 2017, when about 125 tonnes were produced, said Ngoun Lay, the association’s president.

“Despite unfavourable weather during the harvest season and the effects of COVID-19, we still expect yields to reach around 100 tonnes. So far this year, we have harvested about 70 percent of that amount,” Lay said.

The harvest season runs from March to late June, he said.

Lay pointed out that about 50 percent of all Kampot pepper is shipped to the European Union, while about 20 percent is exported to other countries, primarily the United States, Canada, Japan, South Korea, Taiwan, Hong Kong and Russia. The remaining 30 percent is consumed locally.

Kampot pepper comes in three varieties – black, red and white – selling for about $15, $25 and $28 per kilogramme respectively. The association said prices have not changed in the last four years.