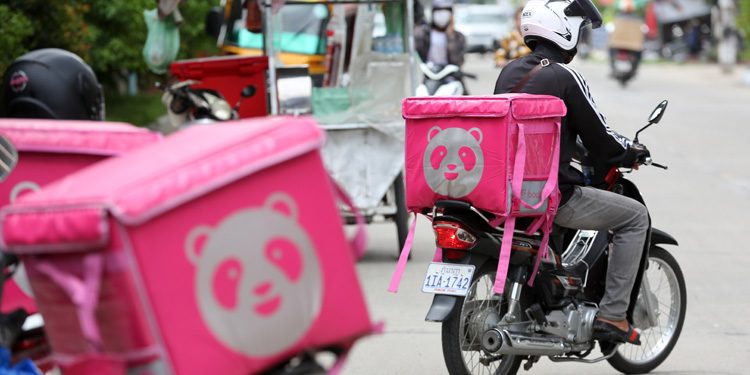 The fast-growing food delivery business has started see a slowdown after the pandemic in the country is being seen to ease and more people are going out to shop and eat.

The food delivery service enjoyed a quick dramatic growth in March and April when Cambodia recorded more than 100 case of COVID-19 infections and people stayed at home.

Nham24, a local startup established-food delivery service, operating for four years, reported a more than 30 percent decline in business after the Coronavirus spread in the country appeared to ease.

“Our business is down about 30 percent compared with March and April when COVID-19 was accelerating in the country. In that time people stayed at home and ordered more food and drinks,” he said. “Now more and more people are walking to restaurants and shopping and fewer people are ordering using their mobile apps.”

Muny said more competitors in the crowded market was also a challenge for the industry while more delivery agents, both local and foreign, set up delivery businesses.

“At first we saw the business boom but now more newcomers have entered the small market. Competition is a big challenge because the price keeps declining,” he said, adding that local companies may find it difficult to compete with foreign companies.

“Now we see more foreign companies coming in such as Chinese companies and Chinese people in Phnom Penh use Chinese services so the market margin is getting smaller,” he said.

However, Muny said Cambodian people are now more interested in using apps to order, which is a new trend that could bring an opportunity for the industry in future.

“Before we were more dependent on foreigners or expats, living in the country, who mostly use the service, while Cambodian people still preferred the traditional way by calling or walking in,” he said.

Evelyn Tay, who works in communications and public affairs for delivery service Foodpanda, which started operations in the Cambodia market six months ago, said that Cambodia’s food delivery industry is growing fast and there’s an intense but healthy competition here. He said competition is good because it ultimately benefits customers in this market.

“We see a lot of potential in the Cambodia market because young customers are curious to try new technology and services. Foodpanda is really proud to be a major presence here in Cambodia because we are very committed to grow this delivery opportunity with investments, technology and operational excellence,” Tay said.

Tay added the company hopes to expand to more cities beyond Phnom Penh and Siam Reap to serve every city to have the convenience of having food delivered to their doorstep.

“Let’s also not forget our foreign visitors to Cambodia. They would have tried Foodpanda in other cities in Asia and Europe. Technology is a powerful global connector and this is why we want to be part of Cambodia’s growing digital economy,” he said. 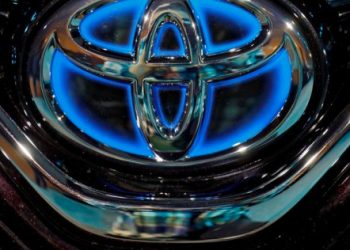