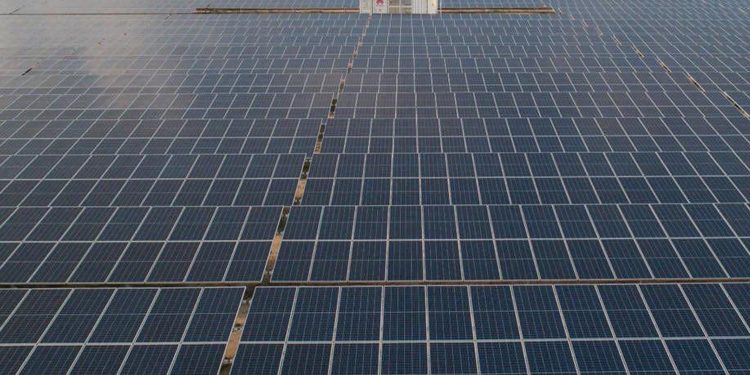 With its aim to expand solar energy investment by 12 percent by the end of this year and increase it up to 20 percent over the next three years, Cambodia has been facing challenges of transiting to clean energy development, according to a case study report by Climate Investment Funds (CIF) and the Asian Development Bank (ADB).

A report titled “Cambodia’s transition to a clean energy development pathway” released this month said while the objectives of the government, CIF and ADB aligned on introducing more renewable sources into the energy mixture, transitioning from traditional forms of production to more privately generated, solar-based energy posed major delivery challenges.

The report said the issues of transparency, risk, pricing and the role of the private sector were challenges for formulating an enabling business environment while the country needs to integrate grid stability, efficiency and the national utility.

For the private sector, and particularly for international investors, Cambodia presented a nascent energy market with a limited demonstration of  the capacity to execute transparent, open-door tendering practices in a region where procurement costs are high, according to report.

In tandem, the government did not offer sovereign guarantees, often a mechanism to reduce exposure  to losses from political volatility, legal changes, debt serviceability, economic and currency fluctuations etc.

The report said with many international bidders new to the country, unpredictable and lengthy procedures for land acquisition posed a challenge.

“Geographic familiarity and bargaining advantages skewed competition towards potential local bidders and made the auction less attractive to international participants. The harder it was for international players to be competitive, the weaker the competitive tensions that would drive down prices,” it said.

“Establishing a climate of transparency around the technical and financial architecture of the project and allowing participants to assess and price bids with confidence [were problematic],” the report read.

Speaking at a presentation on Cambodia’s 2020 energy vision late 2019, Rattanak said Cambodia will expand its solar energy investment by 12 percent by the end of this year and increase it up to 20 percent over the next three years.

He said that solar power would be used to meet the increasing electricity demands in the industrial and commercial sectors.

According to the report, 18 percent of the country’s total electricity supply was imported fossil-fuel energy from Thailand and Vietnam and high tariffs of $0.14 to $0.17 per kilowatt (kW), well above those of regional counterparts, constrained economic competitiveness.

ADB has worked closely with the government to implement a highly effective two-step reverse-auction process and has a new power development plan, approved in early 2020, that calls for up to 1.8 gigawatts of solar energy in Cambodia by 2030.

Currently, with support from the ADB, the country’s first national solar park of 100 megawatts (mW) has now been established, with the first competitively auctioned 60 mW plant securing a record low tariff in the South-East Asian region – US$0.039/ kW, nearly a third of what the nation was previously paying.