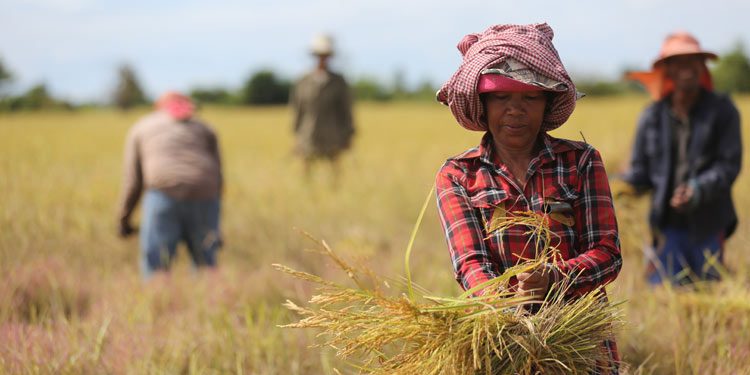 A report released earlier this week by the Ministry of Labour shows that 10,000 garment workers have remained in their home provinces following the Khmer New Year, primarily to look for alternative employment in the agricultural sector.

As revealed in Khmer Times yesterday, the same report stated that 130 of the nation’s garment production factories have so far applied for suspension of their operations as COVID-19’s economic shockwaves cause the cancellation of orders by international fashion retailers. In addition, the temporary halting of production lines is expected to see up to a total of 100,000 job losses, taking into account those workers who have already lost their jobs.

The garment workers will be competing with 90,000 recently returned unemployed migrants from Thailand. Meng Sakphouseth, country programme officer to Cambodia for the International Fund for Agricultural Development (IFAD) said that the agriculture industry is the sector that can most easily temporarily absorb the workers.

“While we know that farming is not the first choice for many young Cambodians because they prefer to work within the industry or the tourism sector, they have to do what they can to survive and help their families,” he added.

Meng’s comment was backed up by Hong Vannak, a business researcher at the Royal Academy of Cambodia, who said that if up to one million people will be affected indirectly affected by the loss of 100,000 jobs. He was referring to dependants and secondary workers that support the garment workers, such as food stallholders and the drivers who transport them to and from the factories.

“Agriculture is easily identifiable as the industry that can benefit most from an extra influx of labour,” he added.

Their views follow IFAD’s announcement last month that it plans to work with the Cambodian Government to leverage “a programmatic approach” to ease the economic distress and prevent food security stresses caused by the COVID-19 pandemic.

The collaboration will focus on addressing the immediate economic needs of rural communities by creating opportunities for returning migrant agricultural workers and expanding prospects for smallholder farmers through enhanced production support, according to IFAD.

Meng also said it’s imperative for the Government to facilitate increased production from the agro-industry to help create further jobs.