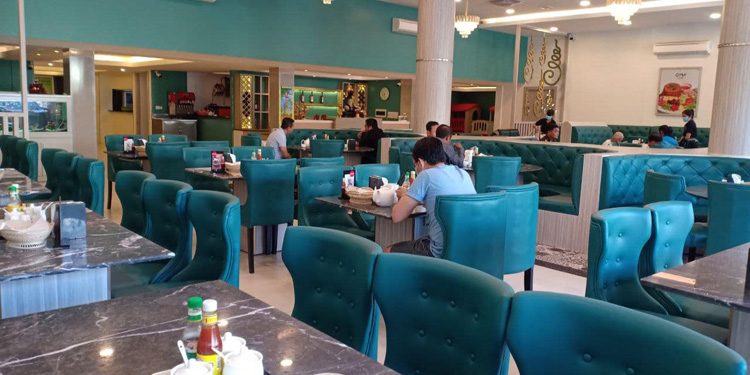 0
SHARES
17
VIEWS
Share on FacebookShare on Twitter
Many businesses in Cambodia have re-opened since June but sales are still down significantly, especially micro, small and medium-sized companies (MSMES), with firms in Siem Reap very badly hit, according to the World Bank’s Cambodia Business Surveys (BPS).

The BPS was taken to understand the economic effects of COVID-19 on companies. It was conducted in June and September and covered more than 500 firms. The survey showed marked signs of reductions in firm closures and sales but the impact is still being felt widely. It added that findings from June and September show that firms continue to face substantial hardship through a variety of channels, with a long road to recovery ahead.

The global COVID-19 pandemic has prompted governments around the world to take measures to reduce the spread of the virus. Lockdowns have mandated non-essential businesses to close or significantly reduce staff at work but, even in the absence of mandatory closures, revenue and businesses operations have faced severe consequences of large negative labour and consumer demand shocks, according to the survey.

Like other countries in the region, Cambodia ordered closures in early April of a range of businesses that presented a high risk of COVID-19 transmissions, such as gyms and fitness centres, spas, cinemas, casinos, karaoke bars and entertainment clubs. With the limited local COVID-19 outbreak, many of these restrictions were lifted in July and August on the condition that additional health precautions be put in place.

“Consistent with the return of domestic economic activity, the findings of the BPS show that firms have continued re-opening their businesses since June. The share of firms that were open has risen from a then high of 81 percent in June to 89 percent in September,” said the survey.

It added that in September, 8 percent of firms remained temporarily closed because of the pandemic, compared with 16 percent in June.

The re-opening progress has not been uniform across sectors. While more than 90 percent of businesses were open in sectors such as manufacturing, construction, utilities, wholesale and retail trade, financial activities and health in June,  businesses in other sectors were very limited in their ability to operate.

Although the majority of businesses have opened their doors, most continue to suffer a large, negative impact on sales. The share of firms reporting a decline in sales in the past 30 days has decreased from its June level of 87 percent to a still high  71 percent in September. In June, firms reported an average decline in sales of 49 percent.

In September, the average change in sales was less severe, but still negative at minus 30 percent. With further reopenings, the rate of sales recovery in Cambodia is overall better than other countries in East Asia and may improve faster, provided the COVID-19 pandemic remains under control without further lockdowns.

Thaung Thyda, the founder of Thaung Enterprise, a salt supplier in Kampot, said her business has seen sales down 50 percent since the pandemic hit. “I believe we are facing the same issue as other SMEs [small and medium enterprises]. Sales slowed because some markets closed down – restaurants, hotels and gift shops,” she added.

Thyda expects sales will resume in the second quarter of 2021. She added that, as a global pandemic,the economy suffered severely, especially in developing countries such as Cambodia.

“At our company, what we can do to overcome this is not to give up and  survive as best we can. We would love to revive our strategy again for nationwide supplies and hopefully we could receive more support both from the social fund and the government,” Thyda added.

According to BPS’s September results, firms’ expectations for future sales were on average 10 percent lower, with many respondents expecting close to no change. In comparison, in June firms expected the change in sales to be 28 percent lower on average during the following six months.