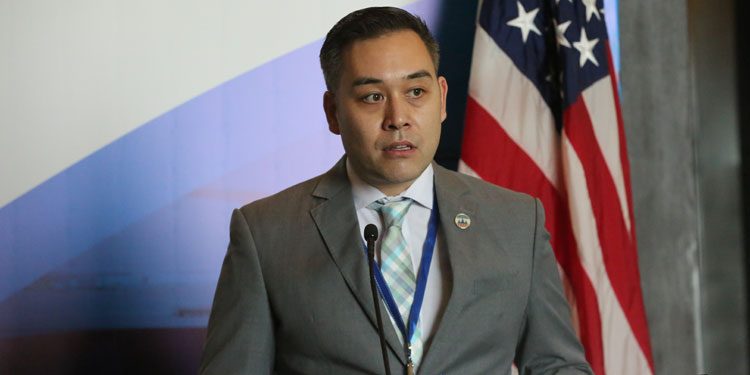 The local business community has responded to questions on the future of Cambodia-US bilateral trade after the 2020 election, outlining stronger trade can be developed – if the right direction is taken.

It was stated the focus should be on increasing exports of higher-value Cambodian-made products, increasing demand for US products from Cambodians and supporting investment with climate-change targets.

However, it was also emphasised that Cambodia should look more outward to overall global market trends for trade and investment opportunities, as well as looking more inward to reforms for a competitive economy despite the final outcome of this year’s US election.

The comments were made as Democratic Party leader Joe Biden appears the strongest candidate to win the 2020 presidency, ousting the incumbent Republican President Donald Trump.

Biden has run his campaign on a “return to normalcy” and, if he wins, he is more likely to promote multilateral trade arrangements, recommit to climate change and run a stronger line against autocratic leaders. This backflip would be in stark contrast to the “America First” mantra Donald Trump has been renowned for over the last four years.

Responding to questions about future bilateral trade and investment opportunities after the election, American Chamber of Commerce President Allen Dodgson Tan said an increase in more high-value imports and exports is important regardless of the election outcome.

“There are new US brands opening regularly in Cambodia and we expect this trend to continue as Cambodian investors look to make quality international-grade investments in the domestic market,” he added.

European Chamber of Commerce Chairman Tassilo Brinzer said that Cambodia should focus on aligning trade and investment to climate change targets already being set by global corporations in the US and in other developed nations.

“Cambodia has a great opportunity to align its manufacturing and export support policies with climate change targets of developed economies… and, of course, global corporations, also from the US, that have ambitious targets themselves,” Brinzer said.

“An economy that fits itself into these modern global, climate-oriented economies will thrive. Those that don’t will find it difficult to attract additional investment, or will only attract lower-value investments,” he added.

Brinzer, however, noted that Cambodia should focus on overall global market trends and not be too focused on the potential direction of US politics.

“In a wider global trade context, Cambodia’s relationship with the US will remain important unless the US themselves align with global trends. I recommend that Cambodia look at these markets that cooperate on trade rules and related climate targets,” he said.

“In this wider context I don’t think the election in the US is very relevant to Cambodia,” he added.

“To me, policy direction should be in the Cambodian context, not global context. What happens in the US is less important than what’s happening here.” He added that the reforms for a competitive economy in one’s own country are more important than expecting any particular candidate to win.

“Cambodia and the US do not have big conflicting interests, so any candidate who wins, it’s more a matter of American people and American interest,” Monika said.

Cambodia Chamber of Commerce Vice-President Lim Heng summarised, saying Cambodia is looking to sign bilateral and multilateral trade agreements with multiple nations and regions, such as the recent free-trade agreement with China.

“Cambodia is open to doing business with many countries and the result of an election won’t affect that ongoing development and trade aim,” Heng said.

“The Cambodia Chamber of Commerce will also continue to explore and research new investment opportunities in global trends such as climate change and higher-valued investments if they are relevant to the local business agenda,” he added.

Cambodia and the US signed the Trade and Investment Framework Agreement (TIFA) in 2006. The TIFA provides a forum to address bilateral trade issues and allows Cambodia and the United States to coordinate on regional and multilateral issues.

According to the US Office of Trade, the bilateral partnership was valued at $5.9 billion in total (two way) goods trade last year. With exports valued at $514 million and imports at $5.4 billion resulting in a US trade deficit with Cambodia at $4.8 billion.

In the first nine months of this year, two-way trade reached more than $5 billion, an increase of 16 percent compared with the same period last year.

End of an era: Sega to sell off arcade business