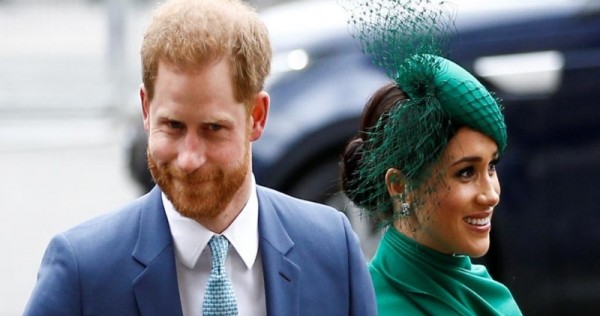 LONDON  – Britain’s Prince Harry and his American wife Meghan have called on Americans to register to vote in the upcoming US presidential election, entering into political territory where British royals traditionally do not venture.

In a video for 2020 Time 100, the US magazine’s list of the world’s most influential people, the couple said people who were able to cast their vote, should do so.

Harry and Meghan now live in California, having stepped down from their senior royal roles in March.

“Every four years we are told the same thing that this is the most important election of our lifetime,” Meghan said.

“But this one is. When we vote, our values are put into action and our voices are heard, your voice is a reminder that you matter, because you do, and you deserve to be heard.”

Meghan, who married Queen Elizabeth’s grandson in 2018, criticised US President Donald Trump during his 2016 election campaign as being misogynistic and divisive.

Under Britain’s unwritten constitution, the royal family are expected to remain politically neutral and do not vote in elections. The queen, 94, has rarely strayed into current affairs issues during her 68-year reign.

“This election, I’m not going to be able to vote in the US, but many of you may not know that I haven’t been able to vote in the UK my entire life,” Harry said in the video. “As we approach this November, it’s vital that we reject hate speech, misinformation and online negativity.”

While Harry did not endorse Trump’s opponent, Democrat challenger Joe Biden, his comments led to criticism he was interfering in politics.

“Prince Harry poking his woke nose into the US election & effectively telling Americans to vote against President Trump is completely unacceptable behaviour for a member of the Royal Family,” Piers Morgan, a former CNN television host and now a British breakfast show presenter, wrote on Twitter.

Prince Harry poking his woke nose into the US election & effectively telling Americans to vote against President Trump is completely unacceptable behaviour for a member of the Royal Family.