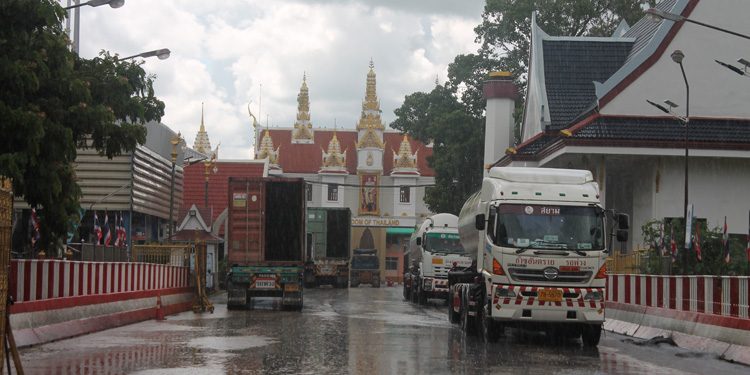 Bilateral trade between Cambodia and Thailand was valued at $6.6 billion in the first 11 months this year, sliding down 22 percent compared to the same period last year.

Figures from Thailand’s Ministry of Commerce showed that from January to November this year, Cambodia exported $1,071 million worth of products to Thailand, a year-on-year decrease of 51 percent.

Meanwhile, Cambodia imported $5,580 million worth of products from Thailand, inching down 12 percent compared to that last year.

The trade between the neighboring Kingdoms was hit hard by the COVID-19 pandemic. However, trade activities would be recovered in the post-COVID-19 crisis.

“Remarkably, our bilateral trade has grown exponentially from around $300 million twenty years ago to well over $9 billion in 2019. Thai Investment in Cambodia has been on the increase, contributing positively to Cambodia’s economy, while Thailand’s economy has benefited greatly from Cambodia’s workforce and economic cooperation,” he wrote.

Last year, the two-way trade between the two Kingdoms rose by 12 percent to $9.2 billion.

Cambodia earns over $538 million in milled rice exports in 2020