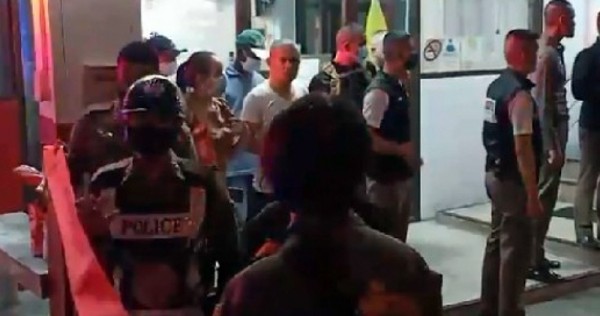 A Government Pharmaceutical Organisation (GPO) staff is suspected to have been shot dead by a policeman in Bangkok, according to an eyewitness.

Five minutes into the New Year on Friday (Jan 1), Dusit Police Station were informed about a murder case.

The body of GPO staffer Piyapong Rungwittayakul was found dead with several bullet wounds in front of the police station.

The dead man’s friend reportedly told police that the incident started at a flat located close to this police station. He and the slain man were drinking in front of the flat, celebrating the arrival of 2021.

Dusit Police Ptation has launched a hunt for the suspected culprit.