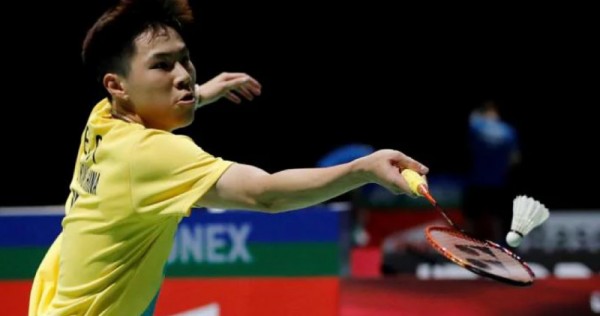 Top-class tour badminton returns to Asia for the first time in 10 months this week, and Hong Kong’s Lee Cheuk Yiu will have his hands full in the opening round of the Daihatsu Indonesia Masters on Tuesday.

The city’s No 2 shuttler faces Olympic champion Viktor Axelsen, and will need to improve significantly from when the pair met in the Denmark Open last month, with Axelsen winning 21-9, 21-11 in Odense.

Axelsen, the world No 2, has been in great his form so far and is expected to meet Japan’s Kento Momota in the final of a tournament which also features Tokyo bronze winner and home favourite Anthony Ginting.

But Chen Long, the Tokyo Games silver medallist, will be missing, along with all players from China, for the first of three back-to-back events in Bali.

Hong Kong’s other two entrants in the men’s singles, Vincent Wong Wing-ki and Angus Ng Ka-long, also meet in the first round. With Ng, the city’s No 1, seeded eighth for the US$600,000 tournament at super 750 level.

Also in action in Bali will be Tang Chun Man and Tse Ying Suet in the mixed doubles, and they face Indonesia’s Rinov Rivaldy and Pitha Haningtyas Mentari in the opening round. While Chang Tak Ching and Ng Wing-yung face Venkat Gaurav Prasad and Juhi Dewangan of India.

With elite badminton finally returning to the region, Ginting said he was grateful to be able to play at home again, even though no spectators will be allowed inside the strict bubble, which players will be confined to for three weeks to protect them from Covid-19.

“Not only team Indonesia, but all the players have waited to play in front of huge crowds, like we had during previous tournaments in Jakarta,” Ginting said. “But we’re still trying to be grateful that the tournaments could be resumed.”

Women’s world No 1 and Olympic silver medallist Tai Tzu Ying of Taiwan is skipping the Indonesia events, while China are not sending any players, meaning Olympic champion Chen Yufei will also be absent.

Top seed in the women’s competition will be Akane Yamaguchi, the world No 3 from Japan, who will face a field featuring Olympic bronze medallist PV Sindhu of India and second seed Ratchanok Intanon of Thailand.

Asian badminton fans have been starved of action for almost two years because of the coronavirus pandemic.

The last BWF World Tour events to take place on the continent were held in Thailand in January without spectators, as were the Tokyo Olympics.

Players have been warming up and acclimatising since last week, but are confined to their Bali hotel and the arena.

“They’re not allowed to go out once they’ve arrived at the hotel. We’re providing for their needs here,” Broto Happy, Indonesia Badminton Association spokesman, said.

World tour events in Indonesia are usually played in the capital, Jakarta, but organisers opted for Bali, which has been badly affected by the loss of visitors during the pandemic.

“By holding the tournaments in Bali, we hope to at least revive its economy, which heavily relies on tourism,” Happy said.

The Indonesia Masters starts on Tuesday and ends on Sunday. The Indonesia Open takes place from Nov 23 to 28 and the season-ending BWF Tour finals run from Dec 1 to 5.