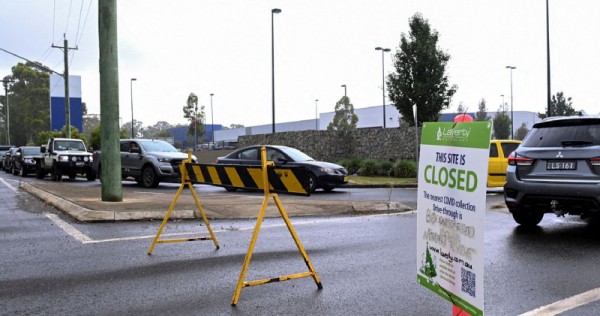 SYDNEY – Thousands of nurses in Australia’s most populous state walked off the job on Tuesday (Feb 15) for the first time in nearly a decade to begin a 24-hour strike after talks with the government to plug staff shortages and secure a pay rise failed.

Nurses and midwives across New South Wales (NSW) defied a last minute order by the state’s industrial relations commission to call off the strike, which it said could put public health in danger.

Nurses gathered in front of the state parliament building in Sydney, holding placards saying “Fatigued, exhausted, worn out and burnt out”, “Need more nurses now” and “Stop telling us to cope.”

Nurses had sought a pay rise of more than 2.5 per cent and better nurse-to-patient ratios. The strike will be staggered through the day and will include staff from more than 150 hospitals around the state.

NSW Health Minister Brad Hazzard said it was “unfortunate” and “disappointing” that nurses persisted with the strike. Hazzard told radio station 2GB the government was working on a solution but said some suggested changes to nurse-patient ratios could cost “a billion dollars”.

The arrival of the fast-moving Omicron variant in Australia in late November fuelled a surge in Covid-19 infections – accounting for the bulk of the country’s total of around 2.6 million confirmed cases – and overwhelmed hospitals.

New case numbers have been trending lower in recent days. Just over 23,000 new cases were reported by midday on Tuesday, while hospital cases dipped to about 3,000 from a peak of 5,400 three weeks ago.

Officials registered 46 new deaths, with the pandemic total standing at 4,664.