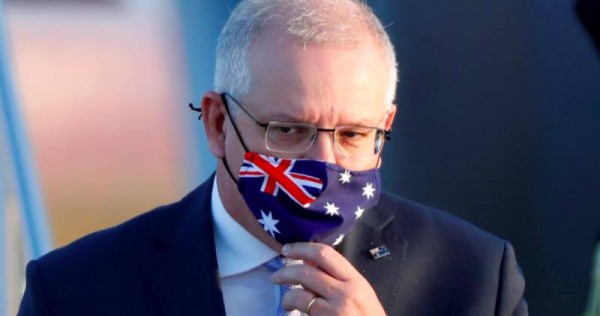 SYDNEY – Australia’s Prime Minister Scott Morrison said on Monday Canberra is seeking an apology from Beijing about a Tweet containing a false image of an Australian soldier holding the knife to the throat of an Afghan child.

Morrison said Australia was seeking the removal of the “truly repugnant” image posted on Monday by Zhao Lijian, a spokesman at the Ministry of Foreign Affairs.

“It is utterly outrageous and cannot be justified on any basis… The Chinese government should be utterly ashamed of this post. It diminishes them in the world’s eyes,” Morrison told media at a press briefing.

He said countries around the world were watching how Beijing responded to tensions in Australia’s relationship with China.