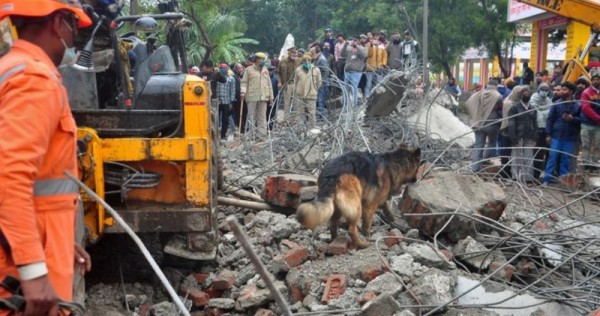 NEW DELHI – At least 18 people attending a funeral in northern India were killed when a roof they were sheltering under during heavy rainfall collapsed on Sunday (Jan 3) afternoon, a police officer said.

Around 40 mourners had gathered under the shelter at a crematorium in the district of Ghaziabad when it collapsed, trapping them under the rubble, divisional commissioner Anita C Meshram said.

Rescue workers used sniffer dogs to find survivors, who were rushed to nearby hospitals, some in critical condition. Senior police officer Ijaj Raja later said the rescue operation had been completed.

The cause of the collapse was not immediately clear, but the authorities plan to investigate the accident.

“We will conduct an enquiry into the matter and find who is responsible- whether it is the builder, officials, or workers of the municipal council, as soon as possible,” Meshram said.