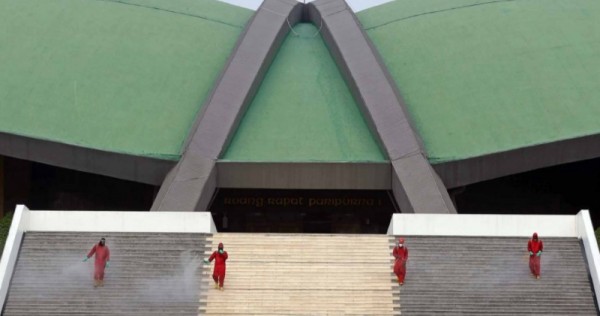 The House of Representatives compound in Senayan, Central Jakarta, will remain open despite more than 40 staff members having tested positive for Covid-19, 18 of whom are lawmakers.

House secretary-general Indra Iskandar said on Wednesday that in addition to the 40 listed cases, some lawmakers with the virus had asked not to be included on the list.

On Wednesday, Jakarta Governor Anies Baswedan demanded that House legislators stop working at the compound for three days following the cluster of diagnoses in accordance with the capital’s large-scale social restrictions (PSBB).

He noted that Jakarta City Hall had closed down for three days last month after several administration officials tested positive for Covid-19.

He said the House did not need to close the entire compound but only the areas where the lawmakers worked.

Indra, however, said instead of closing the compound the House would sterilise the building every day.

“There are things that we must decide at hearings […] So we can’t just close it down,” he said, adding that the House was in recess until Nov 8.

He said the 18 lawmakers and 22 other staff members who had tested positive for Covid-19 and had elected to be represented on the list were self-isolating at home and none had been hospitalised.