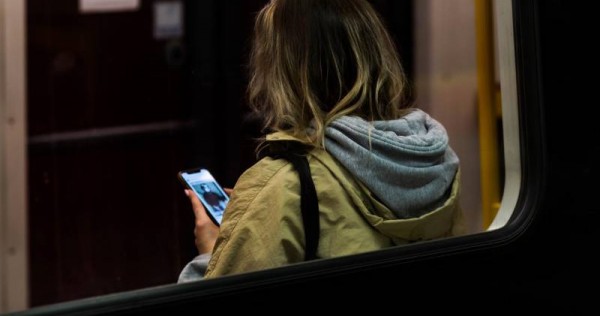 Within hours, they had tried to reel him in with a tale of an Afghan family fleeing the Taliban, with millions of dollars to spend in a hurry in Thailand.

Scam networks have tapped the power of the internet to target victims in Asia and beyond. They sift through social media profiles to hook their marks via adverts, posts or pleas for work.

Experts say the criminals understand the emotions of their victims – trust, guilt, greed, love and loneliness – and weaponise an online space where their targets interact most freely, giving away clues to their desires and habits with each tap of the phone.

“People are hard on the victims, asking ‘why would they fall for these scams?'” said Jan Santiago of US-based Global Anti-Scam group that has taken thousands of calls from people fearing they have been caught up in Asian scams.

“We shop, bank, date and invest online…scammers are really good at taking advantage of this – it is their full-time job to gain your trust and fake all these things,” he said.

Hundreds of millions of dollars have been made by the Chinese gangs that dominate the trade, who target victims in Hong Kong, Singapore, Australia and China, and have enslaved untold thousands into working at scam call centres across Cambodia, Myanmar, the Philippines and Laos.

Security experts say crackdowns, rescues of trafficked victims and campaigns to warn the public have failed to stub out the industry, which is adapting by finding new demographics in fresh territories.

That means many more are likely to be scammed.

The story spun by the fraudsters who approached Nop to buy his US$200,000 (S$270,000) tract of land was sophisticated enough to almost trick the busy media worker.

But he saw through their lies and, with the help of This Week in Asia and expert fact-checkers, unpicked the scam to show some simple, easily available tools that you can use if you ever find yourself being targeted by a scam.

Nop’s would-be scammers began by sending a message from someone claiming to be the widow of Wahed Qaraman, a businessman from the Hazara minority persecuted by the Taliban in Afghanistan, offering to meet the asking price for the land.

“My late husband is an industrialist and also a member of the Afghanistan Business Council in Kabul,” it read. “He was attacked by a Taliban fighter who broke his legs and arms, shot him in the right leg, pulled his hair out and beat his face with a blunt object…I managed to escape with my kids as we are running for our dear lives.”

The message claimed the author wanted to quickly move to Thailand and buy a property using cash to establish a safe, legal base for their children. There was no immediate request for any money.

Nop, whose full name has been withheld at his request, said he initially welcomed the interest.

“At first, I had some hope this could be for real,” he said. “So I did some quick research and found that her story held true.”

Googling the name of the deceased husband, Nop came across an Amnesty International press release from August 19, 2021, which recorded the attack on “45-year-old Wahed Qaraman”.

What Nop did not immediately pick up on was a paragraph in the Amnesty statement that appears to have been copied and pasted into the message he received: “Broke his legs and arms, shot him in the right leg, pulled his hair out and beat his face with a blunt object”.

The name check shows how scammers trawl the internet for information, building multiple sources for a story so that it can appear legitimate.

“Their victims are normally not what you’d think of as ‘gullible,'” Santiago said. “They’re just busy executives, professionals, who don’t have the time to check when they meet someone online. That’s when the squeezing happens.”

Nop then received cryptic explanations of how a transaction would take place, backed by urgent appeals for him to close the deal, even though he had yet to commit.

“All I have now is my kids, my daughter and son. They deserve a decent life, proper healthcare, education and a peaceful environment,” the message said.

“Please promise me that you will not run away with my money. Please, this information must remain between only me and you…there is no privacy here, Taliban kills civilians everyday here.”

“Be mindful of your emotions,” he told This Week in Asia. “This is similar to a romance scam, instead of romance this group of scammers are feeding on sympathy instead.”

The “false sense of trust” – keeping information secret and putting the supposed future of a family in your hands – is also common language of the online fraudster, he added.

“The scammers have hit on this trick of gaining your trust,” Santiago said. “They do not ask for money directly from you but introduce you to platforms or maybe some investment apps and they promise to ‘accompany you’ giving this sense that ‘we’re doing it together.'”

Spelling mistakes, incorrect locations and names as well as unconvincing excuses for not being reachable on the phone or a video call are often the surface-level tells of a sloppy scammer in action.

But with the internet at their disposal and targets to hit, scam busters say the fraudsters are becoming increasingly credible.

Raids on scam compounds in Cambodia have found convincing Thai police uniforms and sets laid out like police stations or customs offices that the scammers use to push for bribes or pay outs over video calls.

Next for Nop was photos from the supposed buyer.

They were of her family – two smiling kids in a car – Afghan ID cards, bank letters and cash boxes with a reassuring note.

Names of the bank, its director-general and the locations all matched internet searches.

But photographs from the internet are often where scams fall apart, experts say, if the target has the time and tools to check.

When put through a reverse image search (Google provides a reverse image function through the ‘Lens’ feature, as do websites like TinEye.com) the provenance of photos is often easy to find.

Details can also be unlocked with careful keyword searches.

Nop quickly picked up on the fact that “Da Afghanistan Bank” had been added to a letter purporting to be a confirmation of funds.

A search of the bank’s name (which is real) in Google Images reveals the photo has likely been cribbed from a news agency photo of the bank in Kabul that is widely available online.

A Google search of the Afghan ID cards showed variations, none of which matched the one shared with Nop.

The biggest giveaway was a money box stuffed with US dollars wrapped in plastic, which appears on multiple websites warning about such scams.

Nop had stopped responding by this point, but the scammer kept coming with the eventual “kill phase” – a term for eliciting a money transfer after days of effort.

“When ‘she’ asked for my ID, bank account and phone number, that was it for me,” Nop said.

“I’m just glad I didn’t fall into the trap,” he said. “But I’m sure there’s many others who could because this is way above the normal level of detail Thai scammers go to.”

The deepest financial wounds are often borne by those who are conned out of a relatively small amount of money, but who then throw good money after bad.

Reports of millions of dollars being bilked from victims are a tragic reminder of the scammers’ indefatigable approach.

It happens with investment scams, gambling websites that offer too-high returns or with impostor scams – where agents pretend to be officials checking balances and verifying accounts before cleaning them out.

“People lose huge amounts of money in the ‘killing phase’ of the scam,” Santiago said. “They make you think you’re losing and to save on high investment fees, taxes or trading fees you need to pay an upfront amount and it can quickly go from thousands of dollars, to tens of thousands and then millions.”

In a world where the “ease and convenience” of online transactions has outpaced the regulators, Santiago says investors must protect themselves by checking the registration of organisations that they are about to give money to.

It is a task made harder by sophisticated website mock-ups of supposed independent “third parties” that turn out to be part of the scam.

“If there is an office listed, go and visit it,” Santiago said. “Do your research.”