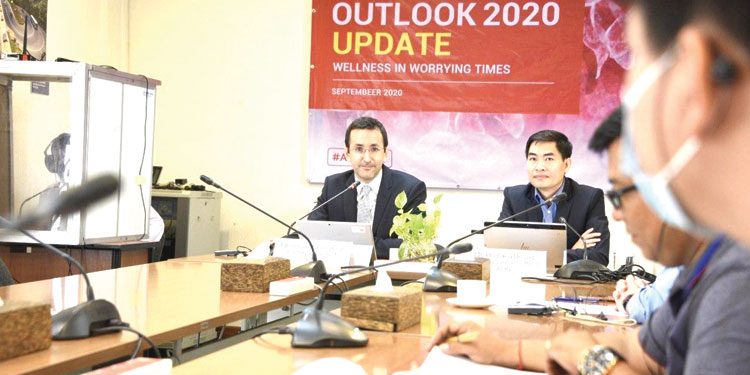 The Asian Development Bank (ADB) has revised its 2020 growth forecast, predicting Cambodia’s economy will contract 4 percent, from its previous prediction of a 5.4 percent contraction in June, because of improved agricultural performance and increased volume of non-garment manufacturing.

It added that it expects the local economy to rebound to grow 5.9 percent in 2021. However, it stated  this prediction was “very uncertain” and could drastically change owing to a range of factors such as a widespread COVID-19 outbreak in the country.

It also projected that inflation would remain relatively stable at 2.1 percent in 2020 before falling to 1.8 percent in 2021, because low oil prices keep transport and production costs down.

The development bank did not re-evaluate its July prediction that Cambodia would lose 390,000 jobs this year.

Overall, Southeast Asia is expected to contract by 3.8 percent this year, its first contraction in six decades, before an expected rebound of 6.8 percent growth in 2021.

“These measures, along with much-needed structural reforms, will reduce the direct and indirect impact of COVID-19 on families and businesses and help Cambodia’s economy emerge stronger from the pandemic,” Durrani-Jamal said.

ADB Cambodia Country Economist David Freedman said the improved outlook was partially down to a more positive health situation than in June, as well as growth in non-garment manufacturing and agricultural exports.

“The local economy has been greatly affected by the drop in tourism which has resulted in a 15.1 contraction for the services industry in 2020, plus a sharp drop in garment manufacturing orders from Europe and North America, leading to a shutdown of approximately 30 percent of garment, footwear and travel goods factories,” Freedman said.

“However, we have started to see strong growth in non-garment manufacturing, predominantly bicycles and electronics, which increased 30.3 percent year-on-year in the first half of 2020,” he said.

“There has also been a strong increase in agricultural exports, especially in the volume of exported milled rice, but also other value-added products. Cambodia has the potential to continue increasing its agricultural products with more free-trade agreements such as with China, South Korea and other potential countries,” he added.

The ADB also confirmed plans to provide Cambodia with $1.45 billion in loans, grants and technical assistance under the 2019-2023 country partnership strategy. It said the funds are aimed at supporting initiatives to expand access to public services and improve service quality, as well as improving the country’s business.

When asked about Cambodia’s current levels of public debt, Durrani-Jamal said the ADB believes Cambodia’s situation is at a very manageable level. “The ADB takes debt sustainability very seriously and our analysis shows that the Cambodian government has a good ability for further borrowing,” she said.