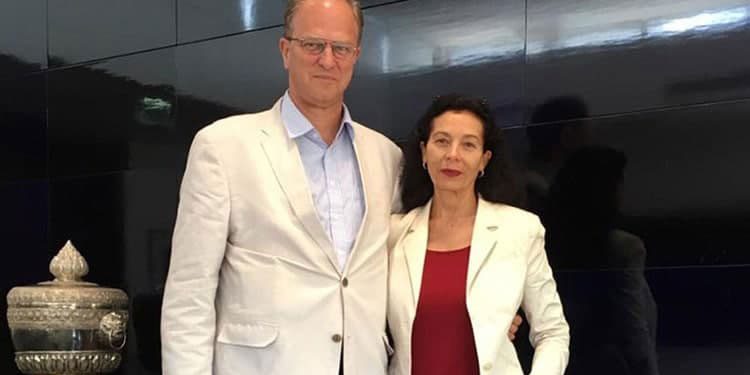 The German embassy in Phnom Penh announced the European Union (EU) and the Association of South East Asian Nations (Asean) have decided to upgrade their relations to a Strategic Partnership.

The move comes after the annual meeting between foreign ministers from the two regional organisations held on Tuesday and signals a clear message of support for multilateralism between the 37 countries that are home to more than 1 billion people.

Representing nearly one quarter of global gross domestic product, the new level partnership has seen Germany’s presidency of the Council of the EU achieve a key goal set for 2020.

“No country should be forced to decide between two poles. This upgrade stands for jointly advocating for common EU and Asean interests and for the EU’s firm interest in intensifying its relations with Asean and its member states in a comprehensive way,” he said.

“This means more exchange at all levels – from civil society to heads of government,” he added.

Important items on the virtual meeting agenda held this week included underlining the approach towards strengthening multilateralism and the need for joint efforts to overcome the COVID-19 pandemic.

The meeting also covered the need for joint commitment on rules-based order, climate and environmental protection and the common interest in rules-based free trade.

The newest development between the two regional organisations comes in light of the EU and Asean partnership soon reaching its 50-year cooperative milestone, something celebrated with this new strategic dimension.

A German embassy statement said Asean remains an extremely dynamic region with a young population and is an important trading partner for the EU.

“The common goal is a free trade agreement between the EU and Asean, which would be the first ever inter-regional FTA [free trade agreement] worldwide. Both politically and geographically speaking, the Asean region lies at the heart of the Indo-Pacific, [which] is increasingly becoming the new global centre of gravity,” it added.

The Asean-EU Strategic Partnership is also a key prerequisite for the implementation of Germany’s new policy guidelines on the Indo-Pacific region, [which] aim to strengthen the rules-based international order in the Indo-Pacific

The statement said: “The aim is to diversify and intensify relations both in and with the region, with Asean at its core. Asean is the most effective regional institution in the Indo-Pacific area because it stands for peace, security and stability in Southeast Asia and beyond.”

“Together, Germany – both as an EU member state and bilaterally – is committed to an inclusive, multilateral world order in which international law applies, as opposed to the law of the strong.”

It added that tackling climate change and rising sea levels is also of shared importance between the two regional organisations, which is having a particularly strong impact on Southeast Asia.

Quoted in the statement, German Ambassador to Cambodia Christian Berger said: “Asean and the EU are natural partners because they share interests and principles. EU-Asean relations stand for a common commitment to multilateralism, free trade, a rules-based order and climate protection.”

The move marks yet another in a string of EU partnerships in the region, after the successful conclusion of FTAs with Singapore and Vietnam in 2019 and 2020 respectively.