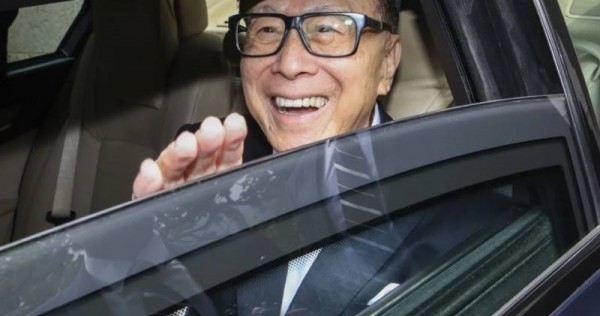 For many Hongkongers the dream of owning a home in the world’s most expensive property market is far-fetched. As for aspirations of becoming a real estate tycoon, building up a multi-billion dollar property empire and leasing out space in some of the city’s most famous skyscrapers … dream on!

But now everyday people can at least get a taste of what it’s like to be a wealthy landlord, thanks to a new augmented reality mobile game.

Landlord Go takes the concept of the classic board game Monopoly to the next level, enabling players to buy, sell and rent out space in digital buildings set in their actual locations. They can put properties on the market or engage in furious bidding wars with other players.

Since its launch in July, Landlord Go, developed by UK-based Reality Games, has been downloaded over a million times globally.

“When I was in Hong Kong, I was fascinated by the rows upon rows of buildings. Let’s just say it is not possible for most people in real life to have a stake in those towers,” said John Woznowski, the chief executive of Reality Games. “That is why the game is a hot catch here in the city. It [gives you] what you cannot do in real life.”

Unlike traditional Monopoly, Landlord Go enables players to walk around and explore the properties they want to invest in. The more of a player’s rivals then visit the place, the higher the property’s value goes.

True to life, the game has not been spared the upheaval of the Covid-19 pandemic. Players can now peruse and bid for property through a virtual agent from the comfort of their sofa, whereas before the onset of the virus they had to visit the location to make an offer.

User reviews have been largely positive for the app, which claims to be the “first augmented reality game to incorporate elements of a business management simulator and a trading game.”

“You can buy your own assets in this amazing game. Real map and real building name. Very cool,” said coolcoolgor in a review of the game on Apple’s app store. Biranwu025, another user, said: “Real-life properties. Best game ever.”

The insanely high prices of properties in Hong Kong has probably fuelled the enthusiasm for the game, according to Maggie Hu, an assistant professor of real estate and finance at the Chinese University of Hong Kong.

“People in Asia have always liked to invest in properties and wanted to be landlords. However, due to the scarcity issue, it is just difficult for Hong Kong people to own their own home, let alone lease their properties and become a landlord,” said Hu.

Hong Kong has been ranked yet again as the world’s least affordable housing market, with frequent social unrest failing to make any meaningful dent in home prices for most of 2019.

It is the 10th straight year that the city has retained the dubious honour and it looks unlikely to be toppled in the near future.

A family would need to save up for 20.8 years on average to afford a home in the city, according to the annual Demographia International Housing Affordability Study. Vancouver came in second at a distant 11.9 years, just ahead of Sydney on 11 years.

Hong Kong’s home price index rose to the highest level in 10 months in June. And on Sunday homebuyers snapped up all 185 flats on offer at Henderson Land Development’s Seacoast Royale project in Tuen Mun, shrugging off economic uncertainty posed by the third wave of coronavirus sweeping Hong Kong.

Reality Games created another simulation, called Landlord Tycoon, a couple of years ago. In a reflection of real-world demand, 80 per cent of the properties in that game sold out in Hong Kong, while the average sell-off rate in other cities was only 25 per cent.

The reason for the popularity of such games is simple for Woznowski.

Delay routine dental checkups in areas of Covid-19 spread: WHO