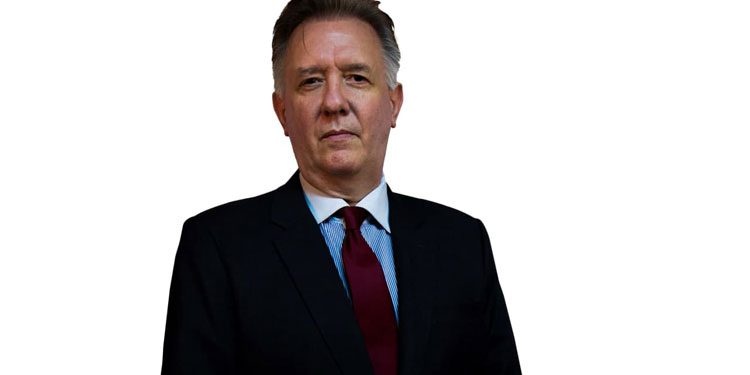 The American Chamber of Commerce in Cambodia (AmCham) board elected Anthony Galliano as its new president and Pily Wong as its vice-president at the chamber’s first board meeting following the annual general meeting held last week.

The board, which consists of nine members from various nationalities, also elected Tean Ly as treasurer and Chris McCarthy as secretary.

Anthony Galliano is group chief executive officer of Cambodian Investment Management Holding, and previously served as the chamber’s treasurer.  Galliano has been a senior corporate banker and has 27 years of international experience spanning positions with ANZ, Citibank, J.P. Morgan Chase and Bank of New York.

Speaking yesterday, Galliano said that serving as president of AmCham will be a great honour and responsibility and that he is fully committed and dedicated to serving the interests of the chamber’s membership and partners.

“I assume the role in the most challenging of times, but am comforted and optimistic because we are fortunate to have a superbly talented board of directors, a harmonious and productive relationship with the US embassy, strong relations with the Cambodian government and a growing and flourishing membership,” Galliano said.

“I would like to particularly thank Allen Dodgson Tan, who has taken AmCham to a new level and steered and guided us brilliantly during good and bad times.  Although [these are] big shoes to fill, I expect [to benefit from] his continued support and involvement.”

AmCham’s new Vice-President Pily Wong is chief executive officer of Hung Hiep (Cambodia), which specialises in the distribution of fast-moving consumer goods (FCMG). Wong has previously been the president of the French-Cambodian Chamber of Commerce, governor of AmCham and vice-president of the Cambodian Automotive Industry Federation.

The vote for a new president was necessitated by current President Allen Dodgson Tan having reached the constituted two-term limit. Tan said, “I congratulate Anthony and the entire board and look forward to working with the new board to ensure a smooth transition.”

According to AmCham regulations, candidates are elected by members to the board of governors annually with a two-year term limit.  Board members must step down following two consecutive terms for a period of one year before becoming eligible to run again.

Founded in 1996, AmCham supports, advocates and promotes public and private sector collaborations that contribute to the regional and global advancement of the Cambodian business environment.