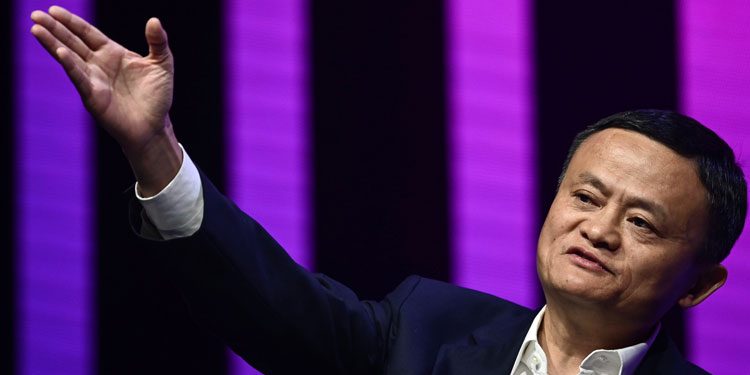 Shanghai’s stock exchange announced the suspension late on Tuesday, less than 48 hours before shares were to begin trading and one day after Ma was summoned by regulators amid growing official pushback against the company.

The Shanghai exchange cited “major issues such as changes in the fintech supervisory environment” that it said raised concerns over whether Ant Group could now meet listing requirements.

Hong Kong’s exchange, where Ant Group shares also were to be listed, said the issue would be postponed there as well.

Tooday’s planned listings would have been the world’s biggest IPO, with both legs worth $34 billion.

The surprise suspension followed recent warnings in Chinese state media about potential financial instability from Ant Group’s rapid growth. The government has imposed new regulations to curb China’s growing online lending industry, a sector Ant Group has aggressively moved into just as regulators have worked to reduce the threat posed to the world’s second-largest economy by runaway debt. Ant’s Alipay platform has helped revolutionise commerce and personal finance in China, with consumers using the smartphone app to pay for everything from meals to groceries and travel tickets.

But Ant Group, which has more than 700 million monthly active users, has also stepped on toes in China’s tightly state-controlled finance sector by venturing into personal and business lending, wealth management and insurance.

Ma, Ant Group’s controlling shareholder, is one of China’s richest and most powerful business figures. Ma is also a member of the ruling Communist Party. But he may have further rubbed authorities the wrong way late last month at a Shanghai business forum with comments that appeared to criticise regulators as heavy-handed and stifling fintech innovation.

Since then, Ma has faced criticism in the state media, with a slew of reports and editorials warning about Ant Group’s rapid rise and corresponding potential systemic risk from online lending practices.

A Sunday commentary in the state-controlled Financial News warned of internet giants like Ant Group getting too big, saying any resulting systemic problems “will lead to serious risk contagion”.

The state-owned Economic Daily newspaper responded on Tuesday to the suspension, calling it a demonstration of regulators’ determination to “safeguard the interests of investors”.

“Those who try to subvert the existing system will certainly offend the vested interests just like taxi drivers do not like Uber,” said Ivan Li, investment research director of CSL Securities in Hong Kong.

Ant issued a statement on Tuesday saying it “sincerely apologises… for any inconvenience caused by this development” and that it would cooperate with regulators.

It was not clear when the IPO might eventually go ahead. But Dave Wang, portfolio manager at Nuvest Capital, said he expected it to be a “short-term” issue.