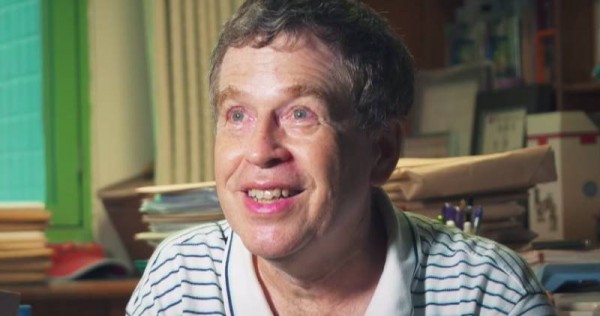 “My name Paul R. Katz and in Taiwanese, it sounds just like ‘scary.’”

As a researcher at the Academia Sinica, Paul shared with NOWnews and The China Post his experience from coming to Taiwan, teaching in Taiwan, to his creepy encounters with spirits while researching folk religion in Taiwan.

Initially, Paul came to Taiwan to learn Mandarin, and it was only after he left Taipei that he realised there was also another language – “Taiwanese.”

When he travelled to Changhua County with his assistant to do more in-depth research, he became better acquainted with Wang Ye religion, and also participated in local religious events including the “King Boat Ceremony” and “Beehive Fireworks Festival”.

When asked about whether or not he had any supernatural encounters while doing his research, Paul revealed that he once rode his scooter with his assistant late at night but came to a sudden stop for reasons he couldn’t explain.

When he looked ahead, he realised that the rode he was on had a 2-metre deep hole in it, and if he were to have continued, he would have died or been gravely injured.

After conducting most of his research at temple in Xinzhuang, New Taipei City, Paul has come to have a greater understanding with the rituals of folk religion and realised the impact it has on soothing people and helping a community come together.

Upon reflecting on his 30-plus years in Taiwan, Paul regards the island as a very friendly place and feels that Taiwanese people are not that opposed to accepting outsiders or new things.

Even though he was a foreigner speaking a different language and looked very different from the locals, he had always felt welcome in Taiwan and have realised that “fate” was what brought him to this wonderful place.