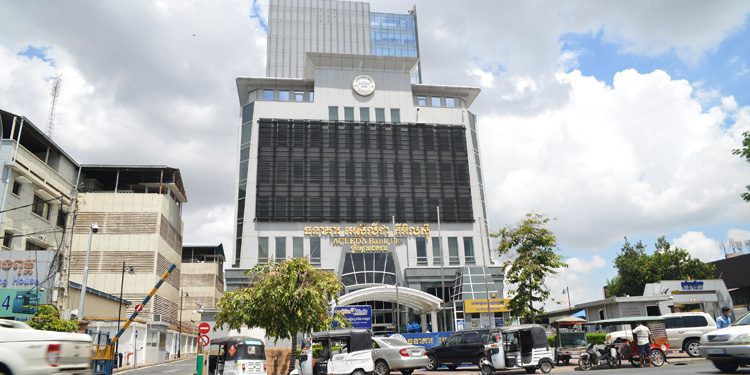 In Channy, president and group managing director of ACLEDA, said that diversification of source of fund is very important to support sustainable and strategic growth of the bank.

“As one of the listed companies in the Cambodia Securities Exchange (CSX), we can mobilise funding from the capital market to strengthen our capital, tap into savings and deposits from the financial market for short-term funding needs and from the international funding institutions such as CDB to support long term growth of the bank,” he said.

“With this $130 million long-term facility from CDB, the bank expects to reach out to at least another 5,000 small and medium enterprises.”

Lyu Zhinan, deputy general manager of CDB Guangxi branch, said that ACLEDA is the main bank supporting the development of small and medium enterprises (SMEs) in Cambodia. He said CDB firmly believes that this credit cooperation will help more Cambodian SMEs to fight the COVID-19 epidemic and resume production and will play a positive effect in promoting the economic recovery of Cambodia.

ACLEDA Bank Plc. is a public limited company, formed under the Banking
and Financial Institutions Law of the Kingdom of Cambodia based in Phnom Penh, with 261 offices covering all provinces, as well as 42 in Laos, and seven in Myanmar. ACLEDA started out in 1993 when it began providing micro credits to war victims. By now it is Cambodia’s major commercial bank.

With the ILO and UNDP as godparents, ACLEDA was established in January 1993, as a national nongovernmental organisation for micro and small enterprise development and credit by a group of founders. From its earliest days, it enjoyed the support of a number of major international development agencies whose contributions are gratefully acknowledged in ACLEDA’s “Roll of Honour”.

Two factors, namely the expansion of its network to cover all of Cambodia’s provinces and towns and its ability to operate at a profit to ensure its sustainability, led both its board and international partners to conclude that it should be transformed into a commercial bank.

This would not only provide a secure regulatory framework lacking under its previous status but would also enable it to enlarge its range of funding options (e.g., equity injection, taking public deposits, obtaining commercial interbank loans) to support the expansion of its core micro-finance business. With assistance from USAID, MPDF/IFC and UNDP – to name a few– a three-year programme for transformation commenced in 1998 which culminated in the granting of a specialised banking licence in October 2000.