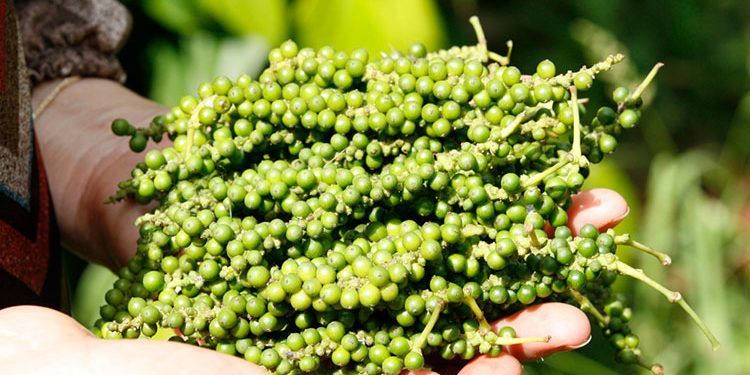 Some 7,461 tonnes of Cambodian pepper were exported to foreign markets from January to May 2021, according to Veng Sakhon, Minister of Agriculture, Forestry, and Fisheries.

The figure saw a remarkable increase of 195.20 percent compared to the same period the previous year, he added.

Pepper is grown in many areas in Cambodia, including Kampong Cham, Thbong Khmum, Kampot and Kep provinces. Kampot pepper is the most well known with high price. It was granted with the geographical indication (GI) from the EU in 2016 and from the World Trade Organisation (WTO) in 2010.

Cambodia’s Kampot pepper has been also registered for international protection in 32 countries under the Geneva Act of the Lisbon Agreement on Appellations of Origin and Geographical Indications. Pheng Somany – AKP