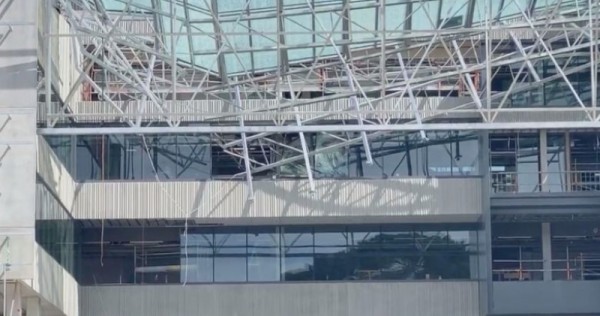 SYDNEY  – One person died on Tuesday (Oct 13) after part of a building collapsed at a Curtin University campus in Western Australia, with images online also showing a glass ceiling under construction had crashed.

A spokeswoman for St John Ambulance told Reuters that one person died following the collapse at the Bentley campus in Perth and two men in their 20s have been hospitalised with “multiple injuries.”

Curtin University said in a statement the collapse occurred at a building site under construction and that no students or staff were involved in the incident.

Media images and videos showed a glass ceiling at the building had crashed on to a construction vehicle.

A reporter for the Australian Broadcasting Corp at the site said the collapse occurred during the installation of the glass roof out the front of the building.

The building is part of a project called The Exchange, which includes a hotel, student accommodation and retail, according to The West Australian.

4 Indonesians arrested for swimming to Singapore