4 Indonesians arrested for swimming to Singapore 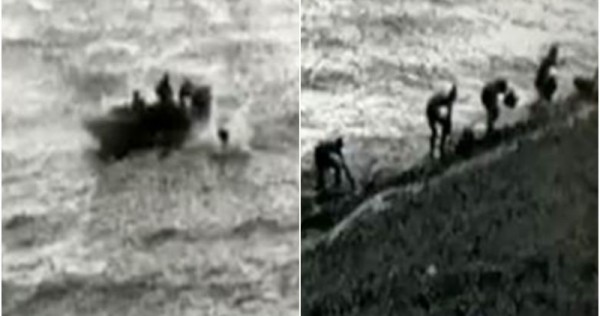 SINGAPORE – Four Indonesian men who jumped off a boat and swam towards Singapore have been arrested for unlawful entry, the police said on Tuesday (Oct 13).

The men, aged between 19 and 38, jumped off an unnumbered boat into the waters off Tuas Reclaimed Land before swimming towards the shoreline.

They were spotted last Friday (Oct 9) on Tuas Reclaimed Land by the Police Coast Guard’s (PCG’s) surveillance systems at about 8.30pm.

All were taken into custody within five hours from when they were spotted.

The four men were charged in court on Oct 10 with unlawful entry into Singapore.

If convicted, they could be sentenced to up to six months jail and a minimum of three strokes of the cane.

The police said the men have been handed over to the Immigration & Checkpoints Authority for further investigations.

Commander of the PCG, Senior Assistant Commissioner of Police Cheang Keng Keong said: “The officers’ vigilance and excellent team work which resulted in the swift arrest are highly commendable.

“PCG will spare no efforts and will continue to take firm action against such offenders to safeguard our waters and sea borders against crime and security threats, including unauthorised entry into and departure from Singapore.”